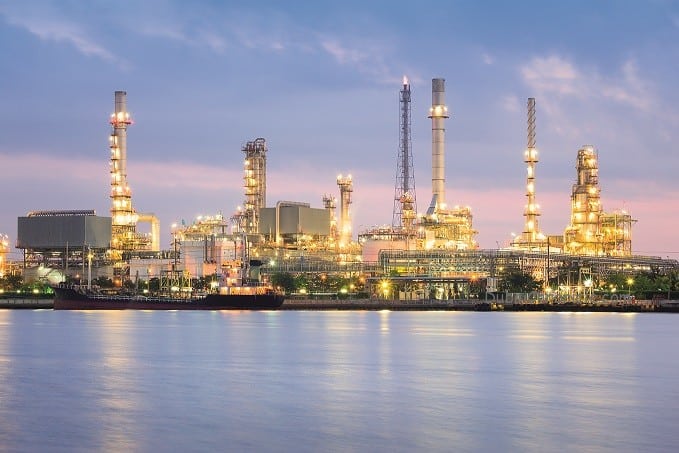 Oil producers across the Middle East and North Africa (MENA) region are continuing to spend heavily on oil, gas and petrochemicals production capacity despite the fall in oil prices since 2014.

Gas spending is also set to increase as countries such as Saudi Arabia and the UAE study higher-cost sour gas and shale gas plays to meet rapidly-growing domestic demand.

MEED Insight’s MENA Oil & Gas Report 2017 says that about $294bn of oil, gas and petrochemicals projects are at the pre-execution phase across the MENA region even while concerns about global oversupply continue to suppress oil prices.

The year 2016 saw average crude prices drop to a 13-year low as oil and gas producers in the Middle East and North Africa (MENA) region continued to face the impact of global oversupply.

The drop in crude revenues coincided with an eight-year low in the value of engineering, procurement and construction (EPC) contracts awarded in the regional oil, gas and petrochemicals sectors.

Investment in the MENA hydrocarbons industries hit an eight-year low in 2016 dropped 34 per cent to $32.4bn in 2016, according to data from regional projects tracker MEED Projects.
MEED Insight’s latest report MENA Oil and Gas looks provides and in-depth snapshot of the MENA hydrocarbons sector as it enters its third year of lower oil prices – a year where Opec and many non-Opec countries finally agreed to cut production in an effort to rebalance the market.
“The oil, gas and petrochemicals sectors will continue to be the backbone of economies across the MENA region,” says MEED Editorial Director Richard Thompson. “With an estimated $294bn-worth of projects in the pre-execution phase, the sector provides a wealth of opportunity for business from Saudi Arabia’s ambitious oil-to-chemicals complex to the re-emergence of the Iran oil industry following years of sanctions.”

Although lower oil prices are not expected to result in a collapse of project spending in the GCC and other stable economies in the MENA region, they have already been the driver of major reforms.

Upstream investment has been driven by the need to meet rising demand, at both home and abroad, and the need to replace resources lost through natural depletion. In the GCC, Saudi Arabia, the UAE, Kuwait and Qatar have all raised their sustainable crude oil production capacity, while Oman has managed to reverse a slump in output through its enhanced oil recovery (EOR) programme. Outside the GCC, production capacity and output has stagnated or fallen in Algeria, Egypt and Libya, mainly due to the political problems in those states. Iraq has been able to increase capacity through one of the world’s largest upstream investment programmes.

With capital spending on oil & gas projects of about $44.3bn, Kuwait has been by far the biggest spender over the past two years after a slump in project spending at the start of the decade. That was driven by major projects such as the Clean Fuels Project, the Al-Zour refinery (also known as the New Refinery Project) and the Lower Fars heavy oil handling facilities.

Kuwait is only number five however in terms of pre-execution project value. This includes the estimated $7bn Olefins 3 petrochemicals project and phases two and three of the Ratqa Lower Fars Heavy Oil project.

In the UAE, lower prices have been a driver of workforce reduction and consolidation. Abu Dhabi National Oil Company (ADNOC) is merging its two offshore oil producers as well as several logistics subsidiaries to low costs and streamline operations. Job cuts have also been administered at Qatar’s major gas companies.

Over the period in review the UAE has been the third most valuable market for hydrocarbons projects, spending $35.1bn. Abu Dhabi in 2013 and 2014 awarded a string of contracts in the offshore oil sector. The UAE had quiet years in 2015 and 2016 as several major projects faced delays at the main contract bid phase. In 2016 the UAE was not in the top five countries in the region in terms of contract awards.

The UAE is also eyeing major gas capacity expansions in the coming years, largely by developing new sour gas reservoirs. These include major projects on the Bab and Hail fields as well as the expansion of the Shah gas field. The UAE ran into delays at the contract award phase on several projects in 2015/16, including the $3bn Bab Integrated Facilities Expansion, a new refinery in Fujairah and the Fujairah LNG import terminal.

Meanwhile, Saudi Arabia plans to list the world’s largest oil and gas company, Saudi Aramco, on the stock market, in an initial public offering (IPO) that values the company at an estimated $2 trillion.

Saudi Arabia had the region’s largest oil, gas and petrochemicals market in the 2011-2016 period, with a total of $69.37bn worth of contracts awarded, accounting for over a quarter of the regional total. The bulk of these awards however were in 2011 and 2012 with over $47bn spent in these two years combined. Average spending has dropped considerably in the subsequent four years.

Saudi Arabia’s project pipeline is buoyed by the region’s two largest projects which are both at an early stage: Sabic’s oil-to-chemicals project and Aramco’s integrated refinery and petrochemicals development, both at Yanbu on the Red Sea coast. These projects aside, Aramco is likely to prioritise projects to expand its gas capacity which includes higher gas processing capacity, the development
of non-associated gas fields in the Gulf and expanding shale gas production in the north.

Saudi Aramco plans to spend $334bn across the oil and gas value chain by 2025, meanwhile, Kuwait is expected to spend $115bn on energy projects over the next five years to help boost crude production capacity to 4 million barrels a day by 2020.