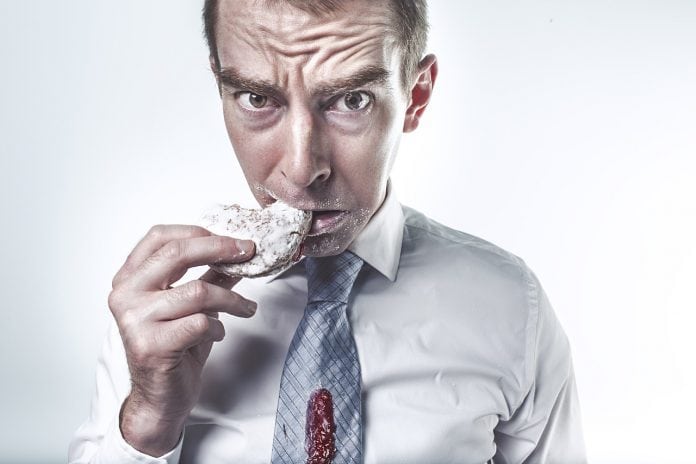 A study of nearly 4 million men and women around the globe says that the risk of dying before the age of 70 was 19 percent for men and 11 percent for women of normal weight.

But that risk jumped to 30 percent and 15 percent, respectively, for obese men and women. That’s an absolute increased risk of 11 percent for men and 4 percent for women, the researchers reported.

“Obesity is second only to smoking as a cause of premature death,” said lead researcher Richard Peto, professor of medical statistics and epidemiology at the University of Oxford in England.

Why obese men are at greater risk for premature death than women isn’t clear.

“Our study was not able to address this question, but previous observations have suggested that obese men have greater insulin resistance, liver fat levels and diabetes risk than women,” said study co-author Dr. Emanuele Di Angelantonio, a lecturer at the University of Cambridge in England.

The study was published online July 13 in The Lancet.

One U.S. expert said more research is needed to explore the apparent link between obesity and mortality.

“We still have more work to do to better understand how weight, weight gain, and weight loss influence mortality,” said Barry Graubard, a senior investigator in the biostatistics branch of the U.S. National Cancer Institute. He co-authored an accompanying journal editorial.

Avoiding obesity has clear advantages for both men and women, Graubard said. “In addition, we know from other studies that physical activity can reduce mortality risk,” he said.

In the new study, researchers collected data on 3.9 million adults, aged 20 to 90. The information came from 189 previous studies in Europe, North America and elsewhere. The investigators included data on all those who lived at least another five years. Over the time of the study, nearly 400,000 participants died. The study findings showed that underweight people were also at risk for premature death.

The World Health Organization estimates that 1.3 billion adults worldwide are overweight, and 600 million more are obese. And, obesity has been strongly linked in previous research to heart disease, stroke, diabetes and cancer, the researchers said.

Dr. David Katz is president of the American College of Lifestyle Medicine. He said: “Although there has long been clear and decisive evidence linking obesity to increased risk for the major chronic diseases that are in turn linked to increased risk for premature death, the obesity/mortality link has been periodically challenged.”

This study overcomes many of the limitations of earlier efforts and “renders a clear and emphatic verdict — obesity increases the risk of premature death around the globe,” Katz said.

This study also indicates that the risk extends across the full range of overweight and obesity — the more severe the obesity, the graver the danger, he added.

“The obesity pandemic continues to advance, putting ever more of humanity at risk,” Katz said. “What we already had abundant cause to think, this paper gives us ample cause to know, that risk includes early death. This constitutes an urgent call for corrective actions at a global scale.”