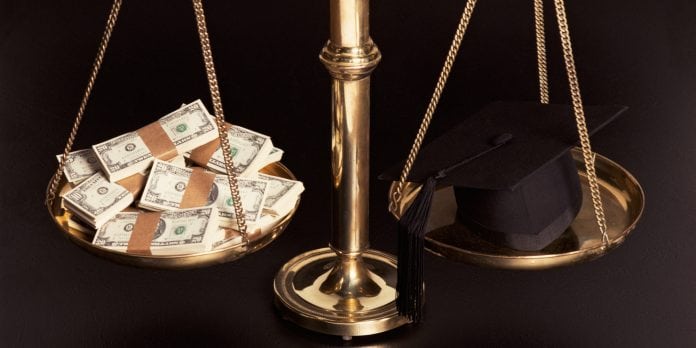 The good education means not only getting a diploma, but also securing a job, so finding the best-fitting college or university for your children is crucial for their future development and success in life. College education is one of the most important investments for families and their children and when it comes to choosing the proper educational institution, parents and students face the ugly truth: no colleges are equally good, and not all students-to-be are equally prepared. There’s no such thing as “one size fits all” with colleges, so before proceeding with application, you should know the 10 things college admissions directors won’t tell you.

Many families save for college and once their child is admitted, they realize that all their savings cover only the tuition fees, which can be extremely high for some more prestigious colleges and universities. But they are other costs you should also consider. There might be extra costs such as Wi-Fi and cable or satellite TV, or you may be required to pay for staying on campus during holidays and summer or winter breaks. There are also tons of additional fees – while the library access will probably be free, there are fees for recreational facilities, clubs, student government or counsel, and so on. The cost of living, as well as travel and transportation costs will also add up to the whole sum.

2. Your “A” grades may mean nothing to us

We all know some schools are better than others and colleges know it, too. Usually the high school grades are only just a part of the admission decision – test results, application essays, as well as the particular high school matter. The more prestigious and exclusive the school is the more grades from there will be taken into account.

3. We don’t care about your class ranking

Some schools have class rankings, whether the class has 25 pupils like in Europe, or a class of 100, where even if you are 15th, you are still ranked well. But class ranking doesn’t actually mean much to colleges and universities, so many of them simply dropped it as a factor in the admission decision.

4. SAT and other tests aren’t so important, too

Standardized tests such as SAT, ACT, TOEFL, IGCSE, and so on, are generally designed to reflect not only students’ basic high school knowledge, but also to show their ability to deal with college- and university-level work. But as these are tests and not essays or exams, the more you do them, the better you prepare. Usually students from wealthier families can afford test-prep classes, while the rest of test takers often see these tests only before the application, which is a huge disadvantage. This is why colleges and many education experts criticize standardized tests and are making them now optional.

5. We don’t trust your essay, either

Most colleges require at least one essay, so they can create a fuller picture of the applicants, their skills and knowledge. The well-written essay shows how students think, their ability to arrange and express their thoughts and opinions, as well as their skills in academic writing. But often colleges worry that these essays aren’t actually written by the student. And they are right to do so.

6. Your high- school teacher’s and counselor’s recommendations matter more than you think

Sometimes, teachers recommendations are very important to the college admissions office because their show what kind of person and learner the applicant is.

It may sound too old-fashioned, but myths and prejudices, associated with race and gender still play a role in admission at many colleges and universities around the world (although it may be illegal). For instance, technology colleges and universities across the U.S. still have difficulties admitting women and even if they admit them, professors always threat them differently. The issue of race and ethnicity is also huge – Asians for example, are considered best in engineering, math and technology sciences, although there’s no actual evidence for that. So, if you are a white, black or Latino woman, you have little chances of getting admitted for something related to engineering or computers.

8. We prefer an international student

Sometimes colleges admit a foreign student over a national, despite their grades and overall performance. The reason is pretty clear – tuition fees for international students are often two or three times higher. After all, for applicants and their parents this may mean higher education, but for colleges, this is business.

9. You may not even graduate

Many factors influence the students’ ability to graduate – their satisfaction with the major they chose, their academic environment, whether they work or not, and many others. Sometimes, college students just get tired of so many exams, while others don’t have enough time to prepare because they need to work to afford their education. Sometimes, a stronger disagreement with some of the professors may mean you will never graduate. Poor discipline and on-campus behavior may get you suspended.

Sometimes, even at the most exclusive colleges, students just don’t feel happy. This depends on a range of things, including whether they have friends or not, whether they feel safe, whether they are satisfied with the quality of education, whether they like the community, and so on. Students may easily drop out of college, only because they don’t like it there.