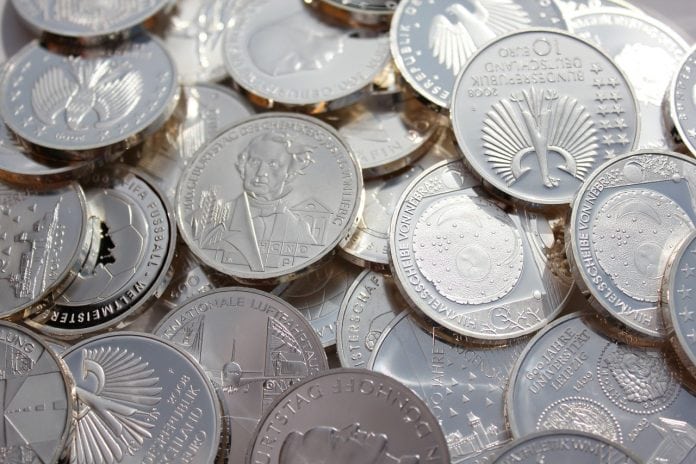 Silver futures continue to outpace gold pulling down the gold/silver ratio. This trend has scope to continue, with gold likely to have peaked while silver has room for more gains. That’s partly down to expectations that falling output for base metals, which leads to the production of silver as a byproduct, could weigh on supplies of the metal.

Analysts at HSBC expect gold to enter a period of consolidation after “stellar” gains in the first quarter. After running up sharply in the first quarter, builds in the ETFs (exchange-traded funds) have stalled and there is no significant material accumulation recently. Further, net-long speculative positioning on Comex is high, rising around 21 million ounces this years.

“We think gold will go higher, but not yet,” the bank says. “Prices may need to consolidate around $1,250 first.”

On the other hand, the silver price may push above $17/oz, but the market is notoriousely volatile and further gains may be hard to hold. On the positive side, it appears that solar-panel demand is up and retail demand is solid for silver. On the demand side, much depends on China.

Elsewhere, Deutsche Bank says that silver, often referred to as “poor man’s gold”, could rise to $20 an ounce in the foreseeable future if the gold/silver ratio continues to fall to historical levels. The metal often outperforms gold to both the upside and downside, and has been rallying strongly lately in what many have described as a catch-up move to gold’s early-year gains.

Silver is now up some 25% year to date, versus 18% for gold. However, in order to see a continued rerating of silver versus gold, a number of financial conditions should be in place for the momentum to continue. So far, a dovish Federal Reserve is helping gold.

Deutsche Bank also looks for positive momentum in the U.S. and Chinese manufacturing purchasing managers indexes, which bodes well for silver since more than half of its demand is industrial in nature, compared to maybe 10% for gold.