Although, they are rarely spotted on the front rows of fashion shows and usually favour discretion when placing orders and managing their investments, wealthy individuals from the Middle East have become the world’s biggest buyers of high-end fashion during the past decade. One may conclude that Arab women drive the world’s fashion business and it is true. Most of the luxury goods producers and worldwide retailers are by now rooted in Dubai and the Arabian Gulf, including the owners of Harrods, Gucci, LV, Prada and more.

This may be surprising to some, given that many Arab women are traditionally kept under wraps and the most you normally see is their abaya, which in recent years underwent transformations and it is no longer simply black. However, their lifestyle and social calendars consist of many weddings, private parties and dedicated social events. Such dynamics create much higher demand for couture than the one witnessed among European and North American socialites, who usually dress up for occasional charity ball, or rare high society party.

Wearing the same dress twice is not an option for high profile personalities in the Arab world. In their small and often closed circles, members know each other well. Their stylists, assistants and even housemaids will remember every single minor detail of the outfits of others. 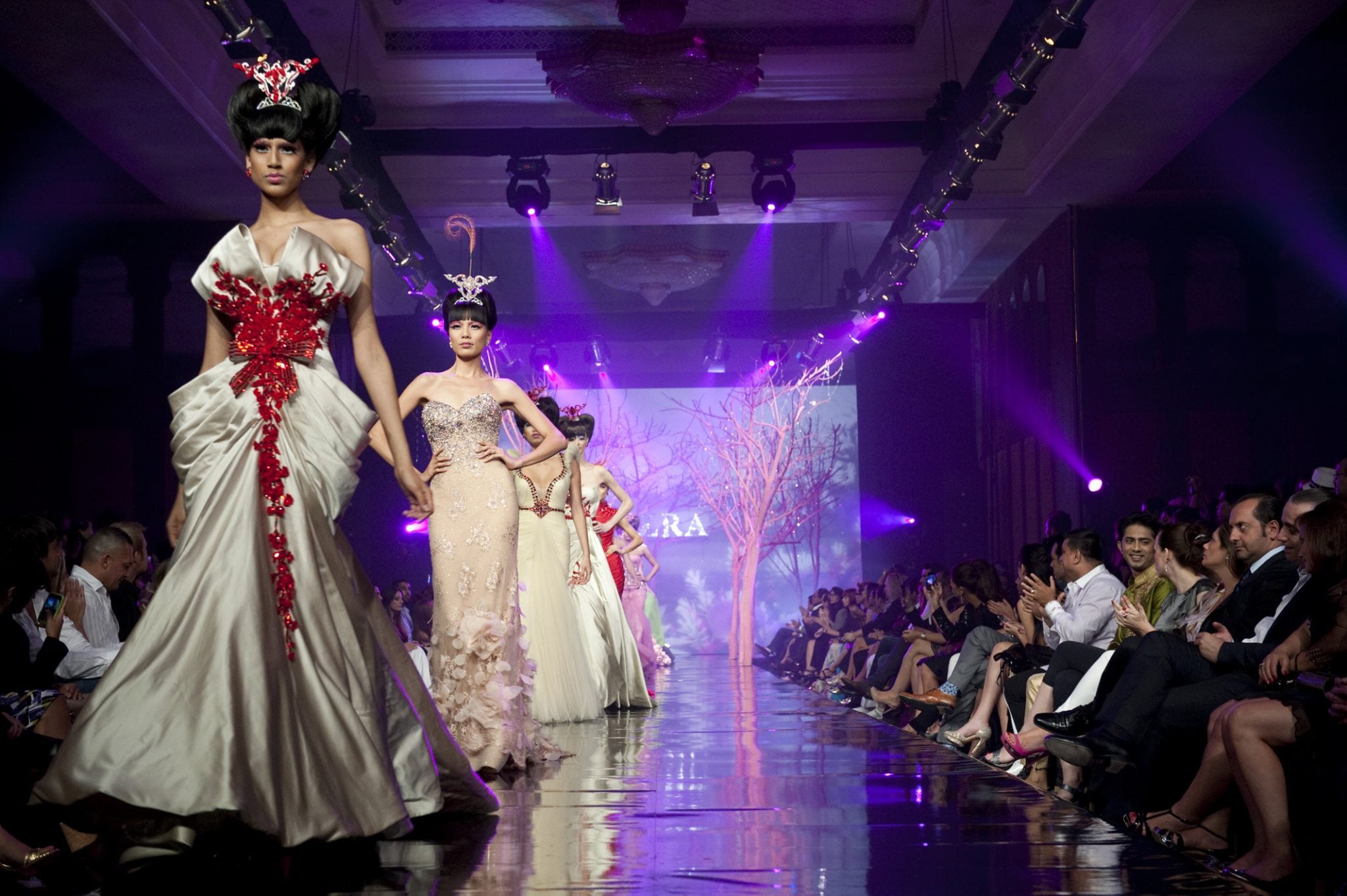 Traditional buyers of exclusive designer clothes tend to include members of rich industrial or royal families and high net worth expatriates. The biggest buyers of haute couture today are nationals of the United Arab Emirates and Saudis, Kuwaitis, Qataris who do not hesitate to spend $75,000 on a low-cleavage silk dress for an event where no men will be present.

All the royal families of the Middle East are customers of fashion houses like Christian Dior and Chanel. Arab women are also top buyers of luxury goods at Emanuel Ungaro, Donna Karan, Oscar de la Renta, Marc Jacobs and other established fashion brands. Middle Eastern customers have also recently shown growing support for Lebanese designers such as Elie Saab and Zuhair Murad. The both have opened boutiques in Dubai in order to be closer to their clientele.

Fashion executives predict the Middle East is likely to remain the top couture client for the foreseeable future if the economic environment continue deteriorating in Europe. The luxury goods industry has not been hit by the most recent global deflation, but some analysts fear it will not come out of the downturn unscathed.