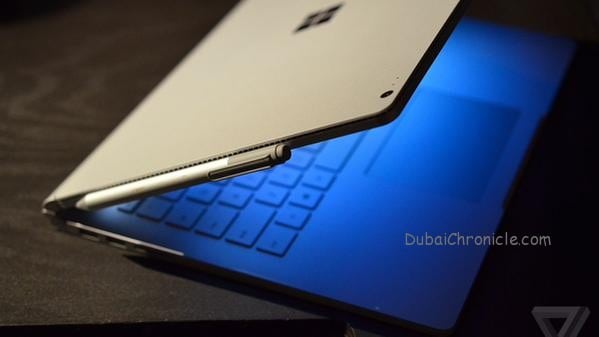 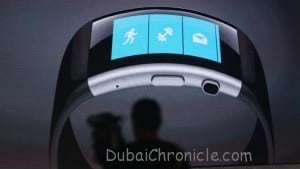 The second-gen version of Microsoft’s Band fitness tracker features a curved OLED display protected by Corning’s Gorilla Glass 3, along with a GPS radio. Sleep/calorie-tracking, guided workouts, and UV monitoring are supported, as is integration with Cortana and a Microsoft Health mobile app. Content partners for the new Band include Facebook, Twitter, Starbucks, Uber, and Subway. The device will sell for $249 (more expensive than all but one of Fitbit’s devices), and ship on Oct. 30.Fitbit (FIT -3.9%), still the dominant player in the fitness band/activity tracker market, has sold off following Microsoft’s announcement. The company has already been competing with a slew of rivals, including Jawbone, Garmin, and (indirectly, via the Watch) Apple. 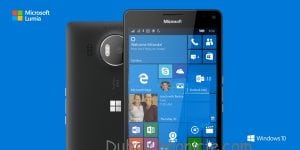 Three months after paring back its phone ambitions and announcing fresh job cuts, Microsoft has unveiled two new high-end Windows Phones, the Lumia 950 (5.2″ display) and 950XL (5.7″ display). The devices sport 2K displays, 20MP PureView rear cameras, liquid cooling (normally seen in PCs rather than phones), and support for Display Dock, a tiny device that (with the help of USB, HDMI, and DisplayPort connections for connecting to a monitor and peripherals, and Windows 10’s universal apps) turns a Windows Phone into a PC.The 950 will sell for for $549 unsubsidized starting in November, and the 950XL for $649. The Lumia 550, a new low-end phone (4.7″ 720p display, 5MP rear camera), will go for $139 starting in December. To date, Windows Phone sales have skewed heavily towards the low-end. 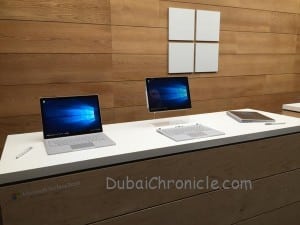 The Surface Pro 4 tablet/convertible sports a 12.3″ display, is 8.4mm thick, runs on Intel’s recently-launched 14nm Skylake CPUs, and supports an improved Surface Pen. Microsoft promises a ~30% performance boost relative to the Surface Pro 3 (launched in May 2014). The Pro 4 starts at $899, and ships on Oct. 26.

Also: 1) Microsoft has announced HoloLens development kits will arrive in Q1, and go for $3K apiece. Satya Nadella has suggested Microsoft will initially target developers with HoloLens, and then enterprises. 2) Windows 10 installations have now topped 110M. They were above 75M in late August.

The most important product launch is the one of The Surface Book, a 13.5″ touchscreen laptop. It is a MacBook Pro rival with a high-res display, glass trackpad, Nvidia GPU, and the ability to detach into a tablet. 12 hours of battery life are promised. “Ounce for ounce the fastest 13″ laptop ever made,” Microsoft promises. The Surface Book starts at $1,499, and ships on Oct. 26.

Tourism Industry to Lose Over $1 Trillion; Can Reduce Global GDP By Up to 2.8%