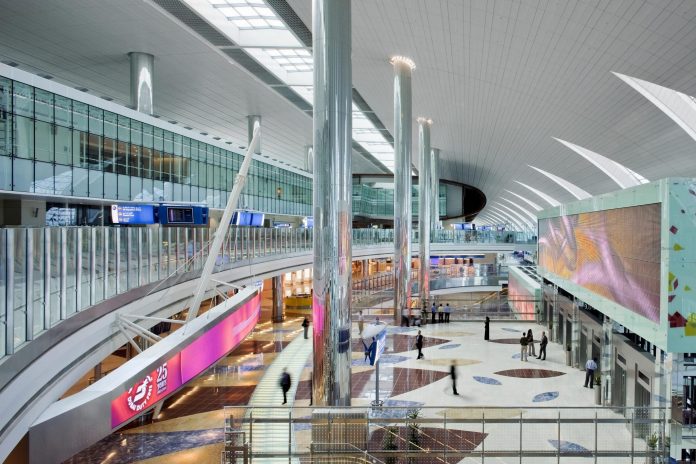 Tourism, which is the third largest export sector in the global economy, is among the worst impacted sectors by the global pandemic. According to the research data analyzed and gathered by StockApps.com, international tourist numbers in 2020 could decline by 58% to 78%.

Furthermore, it could lead to the loss of between 100 million and 120 million direct jobs in the sector. According to the United Nations Conference on Trade and Development (UNCTAD), global GDP loss is projected to range between 1.5% and 2.8%. It would translate to a loss ranging between $1.17 trillion and $2.22 trillion on global GDP.

To put the impact in perspective, it is worth noting that tourism accounts for more than 30% of exports for most Small Island Developing States (SIDS). The figure actually goes as high as 90% for some countries according to the World Tourism Organization (UNWTO).

For instance, tourism revenue in Saint Lucia accounts for 90% of total exports while for Palau and The Bahamas, it contributes 88% and 86% respectively.

Tourism is also a lifeline for many African nations and other Least Developed Countries (LDCs). In 2019, the tourism sector accounted for a 10% share of all African exports.

On a global scale, the sector generated 7% of all trades in 2019 and employed one in every ten people directly and indirectly.

$730 Billion Lost in Tourism Exports from January to August 2020

In 2019, there were a total of 1.5 billion international tourist arrivals, marking a 4% rise year-over-year (YoY). Additionally, the number of arrivals from domestic tourism reached 8.8 billion. The tourism industry thus consolidated a ten-year period in which its growth surpassed that of the global GDP as a whole.

Between January and August 2020, international tourist arrivals dropped by 70% according to UNWTO. As a result, there was a loss of $730 billion in tourism exports, eight times the losses experienced during the entire 2009 global financial crisis. The drop was particularly severe in May, reaching 98%.

The APAC region saw the highest drop in that eight-month period, plummeting by 79%. Africa and the Middle East both suffered a 69% drop during the same period. Europe declined by 68% while America sank by 65%.

By the end of 2020, the drop in international arrivals could range between 850 million and 1.1 billion people.

According to data compiled by Official ESTA, the US was one of the biggest losers in tourism revenue during the first four months of 2020. Its revenue loss for the period was $30.71 billion, around three times the loss suffered by second-placed Spain, which was $9.74 billion.

Though China’s economy is recovering well from the pandemic, its domestic tourism industry is not. According to the China Tourism Academy, the sector is projected to suffer a 52% decline YoY in revenue in 2020. The industry will generate less than $394 billion.

Moreover, the number of domestic tourists is expected to drop to 3.4 billion, a 43% decline compared to 2019.

Lending credence to these estimates, airline revenues during H1 2020 fell by 77% YoY. Similarly, there was a 62% drop in the number of domestic tourists purchasing air tickets.

On the other hand, Italy, which the UNWTO chose as the launching pad for the “Restart Tourism” campaign, has also been severely affected. According to the World Travel & Tourism Council (WTTC), it could lose up to €36.7 billion from the travel and tourism sector in 2020.

According to a joint report by Confturismo Confcommercio and Assoturismo Confesercenti, the estimated losses for Italy’s tourism sector in 2020 could rise as high as €100 billion.

The WTTC estimated that it would suffer an 82% decline in international visitor spending. It translates to a €100 million loss every day. At least 2.8 million jobs in the travel and tourism sector were at risk of being lost in Italy alone and 29 million across Europe.