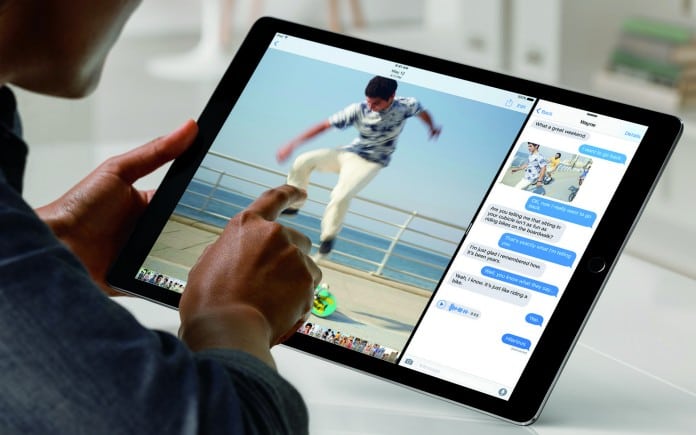 The much-rumored 12.9″ iPad Pro has been unveiled at Apple’s most recent event in the U.S.. Why 12.9″? The width of the Pro is equal to the height of the 9.7″ iPad Air, aiding split-screen multitasking. The Pro runs on an A9X CPU said to have twice the memory bandwidth, GPU performance, and storage performance of the A8X used in the Air 2, and 80% greater CPU performance (declared to be “desktop-class”). The display sports 5.6M pixels, and thickness is at 6.9mm. 10-hour battery life is promised. A Smart Keyboard accessory (echoes of Microsoft’s Surface Touch/Type Covers) will be offered, as will a pressure-sensitive stylus called Pencil (echoes of the Surface Pen and Samsung’s S-Pen). An 8MP camera sits on the back. No word on the Pro’s pricing yet. Various tech geeks commented on the web the Pro will start at $799 (32GB, Wi-Fi-only). 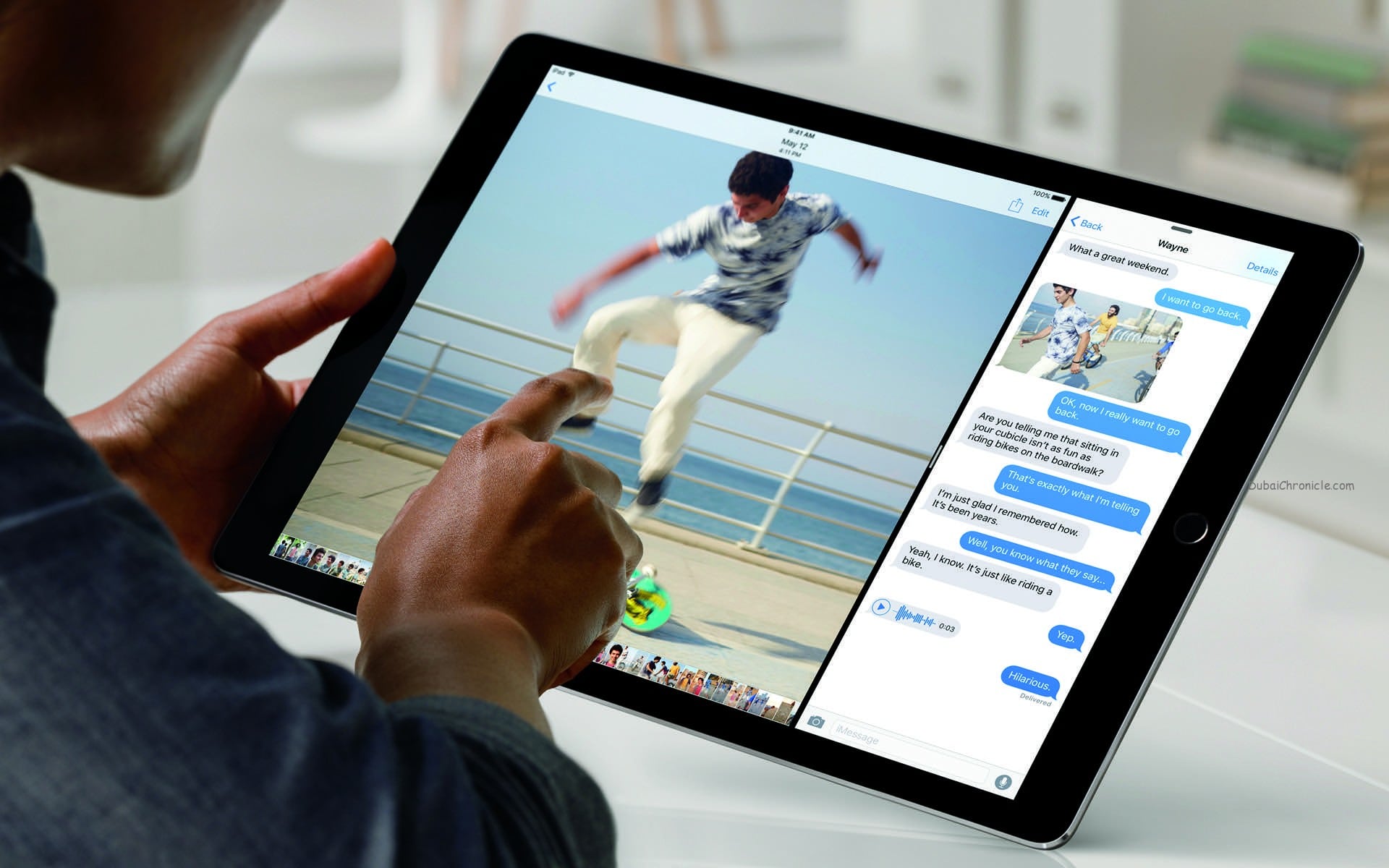 The Apple Watch was the first product line to get airtime at yesterdays event. Gold and rose gold models (in anodized aluminum) have been announced, along with a partnership with luxury accessory maker Hermes for Watch bands. Tim Cook, perhaps hoping to counter reports of subdued demand, claims the Watch has a 97% customer satisfaction rate.

WatchOS 2, first unveiled at WWDC, officially launches on Sep. 16 – it supports 3rd-party apps and “Complications” that mash up content from different sources.