Men in general are more positive about their weight and appearance than women. Only in Saudi Arabia are women more comfortable with their looks than the men with 74% of Saudi women claiming they are happy with the way they look compared to 70% of Saudi men.

Women in Hong Kong are the least body confident with only 44% claiming they are happy with their appearance compared to 55% of Hong Kong men.

“With so much emphasis on body image in the media, it is uplifting to see that there are regions in the world where people feel comfortable in their own skin”, says Ray Martin, Global CEO of YouGov Omnibus. “This study does continue to highlight the differences between men and women, however, showing there is more work to be done in addressing this balance”

In seventeen of the twenty-five countries surveyed more than half of responders think that celebrity culture has a negative impact on young people.

The Scandinavians and British have the most negative view of the potential impact with more than three-quarters of Swedish responders (77%) and 74% of Brits believing that celebrity culture has a detrimental impact on young people’s body view; only 10% in Britain and 6% in Sweden think it might be positive.

In general the countries surveyed in the Middle East and Asia Pacific have a more positive view of the impact of celebrity culture on young people. Around a third in the UAE (34%) and Qatar (31%) think celebrity culture can have a positive effect, along with 41% in Mainland China and over one in three (34%) in Malaysia and Thailand. 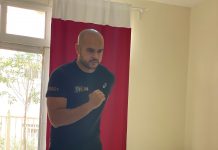