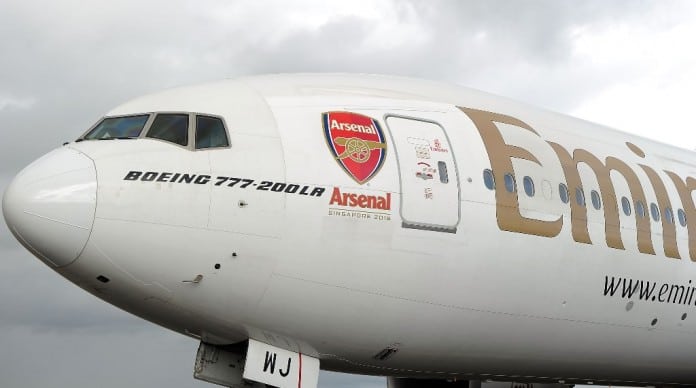 Emirates, a global connector of people and passions, and official partner of Arsenal Football Club has unveiled its first plane to feature Arsenal branding as the team fly out for the start of the club’s summer tour to Singapore this week.

The Gunners arrived in style on an Emirates B777-200LR chartered aircraft that has been specially designed for their Arsenal Singapore 2015 visit.

The specially customised Emirates 777 showcases the Arsenal crest alongside images of first team players, Aaron Ramsey, Danny Welbeck, Mikel Arteta and Jack Wilshere on one side of the aircraft, and Santi Cazorla, Mesut Özil, Alexis Sanchez and Olivier Giroud on the other, making it easily identifiable from both on the ground and in the air. Menus and headrests on-board have also been given an Arsenal-themed transformation. 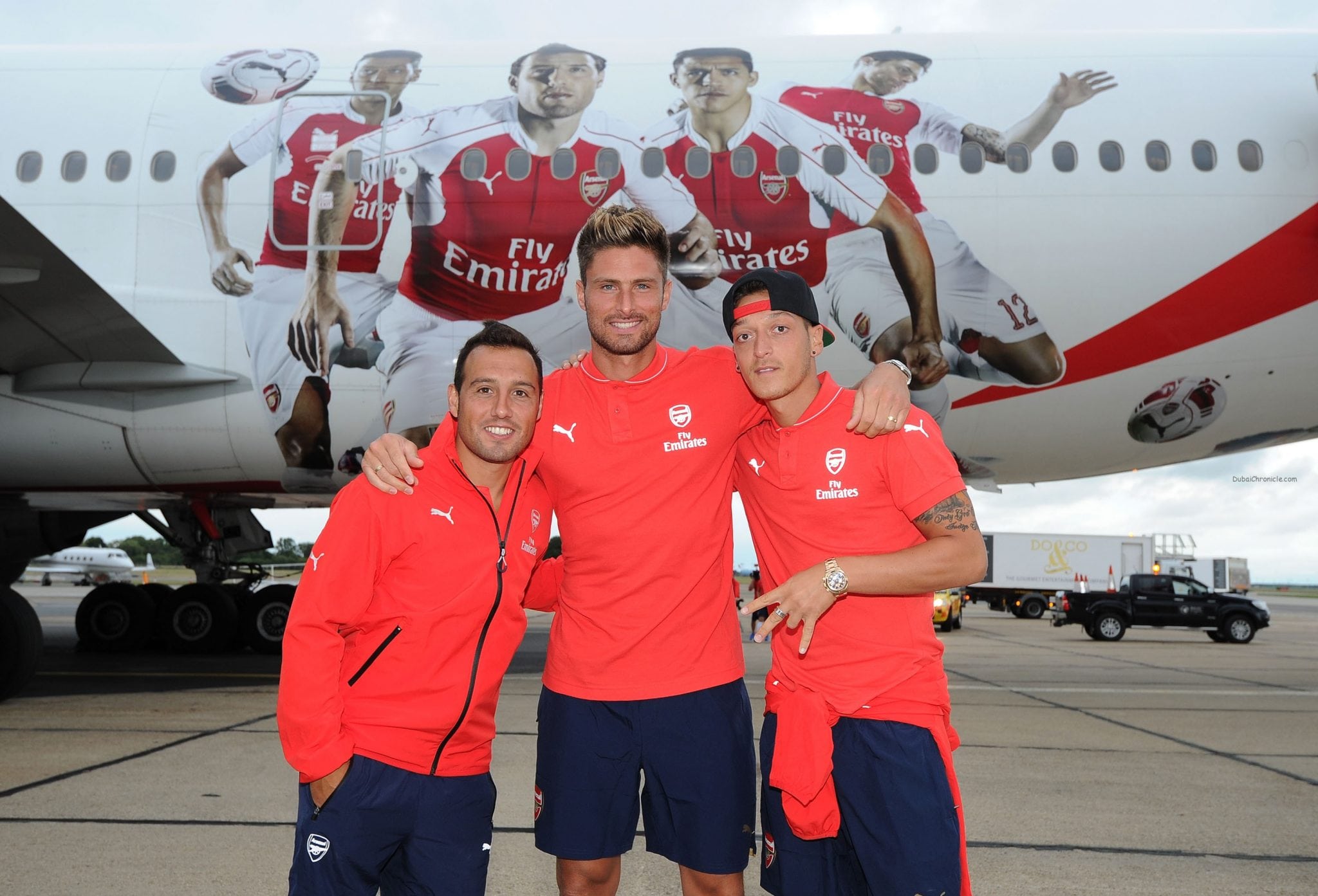 LONDON, ENGLAND – JULY 12: Santi Cazorla, Olivier Giroud and Mesut Ozil of Arsenal in front of their images on the Emirates plane at Stansted Airport on July 12, 2015 in London, England. (Photo by David Price/Arsenal FC via Getty Images)/caption]

The club will be playing two matches at the National Stadium in Singapore for the Barclays Asia Trophy 2015.

Emirates Airline first began its partnership with the Barclays Premier League club in 2004, and expanded its shirt sponsorship in 2006 to include the naming rights to Arsenal’s new home ground, Emirates Stadium. 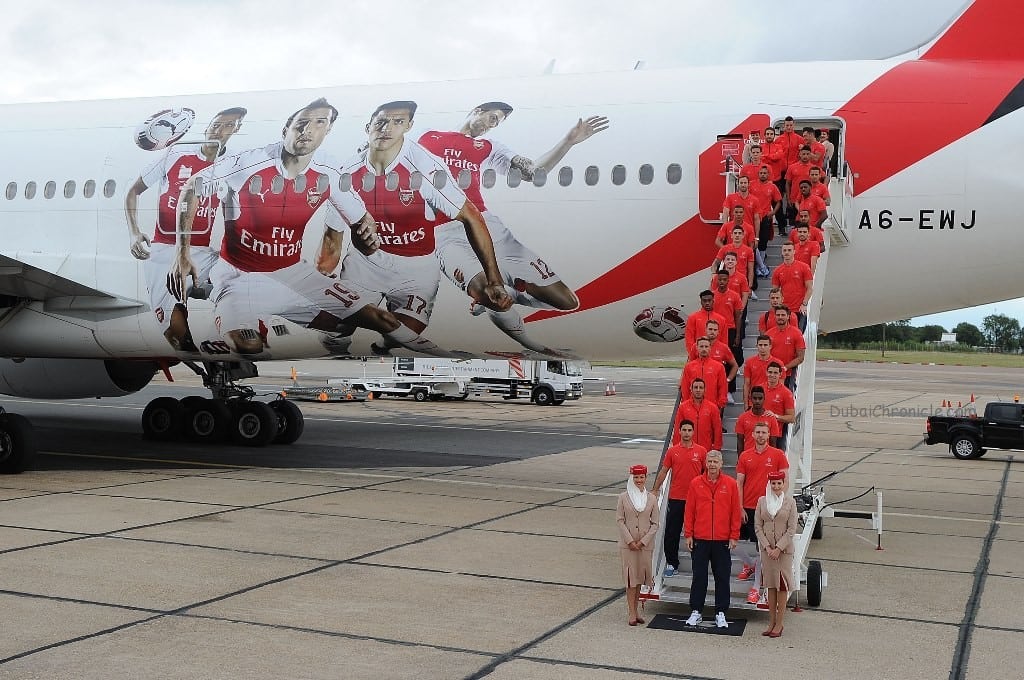