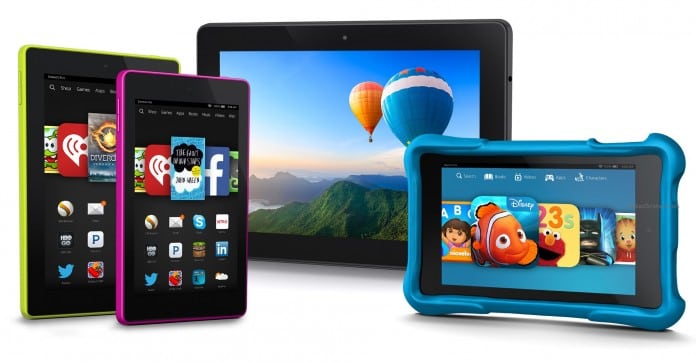 Smart mobile devices, like tablets and smartphones, are dominating today’s consumer market. However, this trend seems to have taken an unexpected turn. For the first time, tablet sales witnessed a decline.

2015 was expected to be a milestone year for tablets. A report by IDC released back in 2013 predicted that tablets will outsell PCs by 2015. Similar forecast was given by Gartner in a research published last year. In fact, 2015 did turn out to be key year in the history of tablet PCs. However, not for the better, but for the worse. According to a new study by IDC, tablet sales saw a first-ever 3.2% fall in the fourth quarter of 2014.

It is estimated that during the last three months of 2014, tablet PCs shipped in 76.1 million units. That is about 2.5 million less compared to the same period in 2013. What is even more shocking is that this includes not only tablet PCs, but also 2-in-1 computers, also known as hybrids. Even though tablet-computer devices were considered to be very popular among consumers, they could not energize the tablet PC global market.

Moreover, researchers have also found that almost all tablet makers registered a decline in the sales of tablet during Q4 2014. Apple’s iPad registered the highest volumes of shipments for the period – 21.4 million. As a result, the U.S. company’s share tablet market was 28.1%. Nevertheless, compared to one year ago, that is a decrease of nearly 18%.

Similar is the case with Samsung, which was the second most popular tablet PC company in the fourth quarter of 2014. The South Korean giant suffered a sales decline of 18.4%. Amazon and ASUS witnessed the biggest blows. During the last quarter of 2014, ASUS tablet shipments dropped by 1 million units year-over-year, whereas those of Amazon fell by the staggering 4.1 million units or nearly 70%.

One of the few tablet manufacturers that saw a growth on the tablet PCs market was Lenovo. Although the company managed to ship barely 300,000 tablet devices more compared to Q4 2013, it still counts as a growth.

But while tablet sales decrease, smartphone sales continue to rise. In December, Gartner reported that sales of smart mobile phones have jumped by 20% in Q3 2014. In other words, the declining trend seen with tablet PCs has not really affected smartphone sales. Why is that?

There are three key reasons that create this sales gap between smart mobile phones and tablets. The first of them has to do with the fact that most consumers do not upgrade their tablets as frequently as they upgrade their smartphones. In addition to that, even when they do, a big part of them gives their old tablet PC to friends or relatives. The third factor is the growing popularity of the phablet. This gadget successfully combined the functions and advantages of both smartphones and tablets and directly affects their sales.

The good news for tablets is that, despite their quarterly decrease, their sales registered an increase for the entire year of 2014. These devices witnessed a growth of 4.4% or 229.6 million last year. In addition, they are expected to continue to grow in 2015, albeit rather modestly.