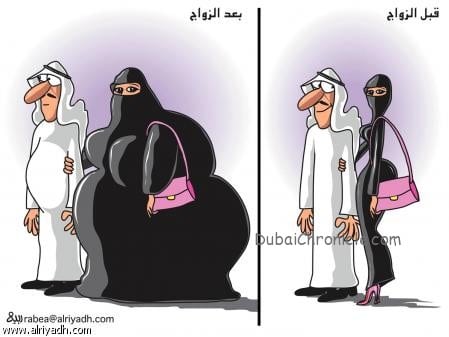 55% believe they are overweight, and 63% are trying to lose weight.

83% say they are willing to pay a premium for foods with healthy attributes. 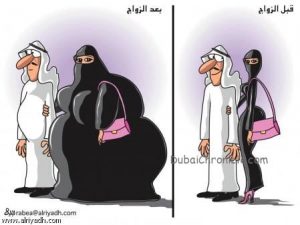 The battle against the bulge is an UAE phenomenon that could translate into real opportunity for manufacturers, according to a new study by Nielsen, a leading global provider of information and insights into what consumers watch and buy. 55% of the UAE respondents in the latest Global Health & Wellness Survey consider themselves overweight. According to the Global Burden of Disease Study 2013, more than 66% of men and 60% of women in the UAE are overweight or obese. Nielsen’s study shows that consumers are attempting to take charge of their health—63% are actively trying to lose weight and 83% are willing to pay more for foods with healthy attributes to some degree.

The obesity crisis and consumer desire to become healthier could be a growth driver for manufacturers who better align their offerings to consumer needs and desires for healthier food. Roughly 90% of UAE respondents believe they “are what they eat” and nearly 87% are actively using foods to forestall health issues and medical conditions, such as obesity, diabetes, high cholesterol and hypertension.

“In the past, obesity was a sign of wealth in the Arab world. But the health awareness has changed into the right direction which is a great opportunity for retailers and food manufacturers who can seize the opportunity now,” said Arslan Ashraf, managing director, Nielsen Arabian Peninsula. “Consumers in the Gulf region are willing to change for a healthier living and looking for every support they can get especially from health conscious food as exercising in the summer months in our region becomes more challenging.”

The Nielsen Global Health & Wellness Survey polled 30,000 online respondents in 60 countries to identify how consumers feel about their body image and the steps they’re taking to get healthier.

ARE CONSUMERS WILLING TO PAY MORE FOR FOODS WITH HEALTHY ATTRIBUTES?

One notable exception is organic foods. Thirty-nine percent of respondents say organics are very important and thirty-eight percent is also very willing to pay a premium for these products.

WHICH HEALTHY ATTRIBUTES ARE CONSUMERS LOOKING FOR?

When it comes to the foods we eat, consumers are going back to the basics. Respondents were asked to rate health attributes from very important to not important in their purchase decisions. The top desirable attributes are foods that are fresh, natural and minimally processed. Foods with all natural ingredients and those high in fiber are considered very important to 56% and 53% of UAE respondents—the highest percentages of the 27 attributes included in the study. In addition, about five-in-10 UAE respondents say foods made from vegetables/fruits (52%) and food with low / no cholesterol (52%) as well as the absence of artificial flavors and colors (48%) are very important.

In addition, consumers are looking for functional foods that provide benefits that can either reduce their risk of disease and/or promote good health. Forty-seven percent of UAE respondents rate foods that are fortified with vitamins and 46 % that have whole grain as very important or are fortified with calcium (46%) or high in protein (44%) to fulfill their nutritional needs.

Environmental and socioeconomic concerns also factor into purchase decisions. Over one-third think organic (39%) and local herbs/ingredients (38%) are very important in their purchasing decisions, and 31% say sustainably sourced are very desirable.

HOW ARE CONSUMERS LOSING WEIGHT?

In the UAE, the majority of respondents rely on tried-and-true methods to lose weight—diet and exercise. Nearly three quarters of UAE respondents who are trying to lose weight plan to exercise (72%) and 69% plan to change their diet. Six percent say they take diet pill/bars/shakes, 5% use medicine prescribed by their doctor and 5% use other methods not described in the survey.

Among those who are changing their diet to lose weight, over two-thirds (67%) say they are cutting down on fats and 61% are eating less chocolate and sugary sweets. Conversely, more than half of UAE respondents (59%) are expanding their diets with more natural, fresh foods.

Eating smaller portions is the diet method of choice for almost five-in-10 UAE respondents (48%) and 34% of UAE respondents are choosing to consume fewer processed foods (34%) followed by the choice of a low-carbohydrate diet (30%). One-in-four (24%) respondents are following another non-specified diet plan, and one-in-10 (10%) are opting for commercial slimming programs like Weight Watchers.

WHAT THE FUTURE HOLDS

Given the high interest in getting healthier, “good-for-you” products are strongly positioned for growth. Over forty percent of UAE respondents say they plan to buy more fruit (47%), vegetables (44%) and water (43%) in the next six months. In addition, one-third plan to buy more juices (33%) and fish and seafood (31%), and one-fourth plan to buy more yoghurt (27%) as well as nuts and seeds (27%).

While respondents intend to eat healthier in the next six months, everyone needs a treat sometimes. The largest percentage of respondents expect to buy the same amount in nearly all categories, including indulgences such as ice cream and frozen novelties (42%), cookies and cakes (42%)  and potato chips/salty snacks (37%).

“There is no doubt that consumers in the Gulf region are conscious of the phenomena of overweight and obesity. More than 60% are also trying to change their lifestyle but reality shows that there is low incidence of efforts actually put in by the consumers to fight the issue of obesity. There is still a long way to go to adapt knowledge and efforts into consumers’ lifestyles,” so Ashraf.