This holiday shopping season, the most popular tablets will definitely be Apple’s new iPad Air 2 and iPad mini 3, as well as the first Android Lollipop device Nexus 9. All three have pros and cons. The question is which of them is most worth investing in it. 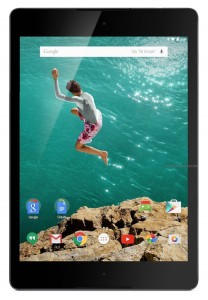 As always, Apple’s new-generation iPads impresses with high-end materials. In addition, both iPad mini 3 and iPad Air 2 are available in three colour options – grey, silver and gold. Also, they are surprisingly light and thin. In fact, Apple calls the latest iPad Air, the lightest iPad it has ever created. Nexus 9, on the other hand, is offered only in black and white and the materials used in its design feel quite low-end compared to those of the new iPads. Winner – iPads!

But a good design seems to have a high price. The second-generation iPad Air comes with a starting price of $499 and can reach up to $829. In comparison, Nexus 9 and iPad mini 3 start at $399. However, the Android Lollipop tablet offers a bigger screen for this value.
Winner – Nexus 9

All three tablets share the same screen resolution of 2048 x 1536. However, they differ in terms of display size and pixel density. What is interesting is that although iPad Air 2 rocks the biggest screen (9.7”) it also has the lowest pixels density of the two, whereas iPad mini 3 has the highest one. This means that you cannot have it all. Consumers who want to use a device with a bigger screen will lack some pixel density, whereas those who purchase mini 3 may find they miss a larger display. Nexus 9 seems to be somewhere in the middle.
Winner – It really depends on the consumer’s preferences.

When it comes to RAM, Nexus 9 leads by packing 2GB against the 1GB of the two iPads. It is quite unfortunately, that neither of these devices is compatible with memory cards. Luckily, for iPad Air 2 and iPad mini 3 users, however, Apple’s new tablet devices pack a memory of 16GB, 64GB and 128GB. HTC’s Nexus 9, on the other hand, offers a maximum of just 32GB.
Winner – iPads

Apple’s new iPad mini is still stuck with last year’s A7 processor. The good news is that Air 2 is equipped with the advanced A8x which is 12 times faster that the first iPad generation. The Lollipop Nexus, on the other hand, relies on a robust 2.3GHz Tegra K1. As a result, both iPad Air 2 and Nexus 9 offer amazing graphics and fast performance.
Winner – Close call between Air 2 and Nexus 9.

In this category, the iPad mini is easily blown away by its big brother Air 2 and the first Android L tablets, since they have a lead of a few megapixels. Therefore, the competition runs only between the Nexus 9 and iPad Air 2. The next-generation Nexus and Air 2 both feature 8MP rear cameras. However, the Nexus has a better front-facing camera of 1.6MP.
Winner – Nexus 9

Android’s 5.0 Lollipop version is really great when it comes to multitasking. Google has finally realized the users like to use a few apps at the same time. That makes it a better rival for iOS 8, which has already impressed with its multitasking abilities. However, Android L has become simpler and easier to use, offering consumers a quick access to notifications and other popular features. On the other hand, Apple is about to release iOS 8.1 some new awesome features, including Apple Pay. Still, it is too early to make conclusions on the updated version of iOS.
Winner – Close call between Lollipop and iOS 8/iOS 8.1

Each of these devices has its own charm. iPad Air 2 has a large-screen, a slim look and a lot’s of power. iPad mini 3, lags behind in many categories, but for users who do not mind the smaller display, it is ideal. Last, but not least, Nexus 9 looks like a worthy rival of both Apple gadgets with its robust processor, new operating system and its hidden trump-card – affordability. Nevertheless, chances are that if you are already an iOS user, you will be more likely to pick one of the latest iPads. Those who have more experience with Android will quickly get used to 5.0 Lollipop. Yet, it is also true that Nexus 9 does not have a fingerprint scanner.