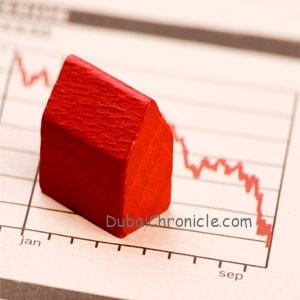 The skyrocketing Dubai rents, the biggest concerns for expatriates, have cooled during the hot summer months. Most recent RERA rental index update shows that rates have either remained the same, or even falling in many popular areas of the city. However, real estate agents report declines of even up to 20% for the high-end segment of the rental market. Sales prices are affected by a similar tendency, but with a longer lasting impact. This occurrence is rather seasonal and experts familiar with the region’s dynamics expected it. Dubai is presently running over capacity and the expansion of the population is unprecedented in 2014. The traditionally slower summer business season driven decline in Dubai’s rents is not expected to persist in the coming months.

According to the new rental index update by the Dubai’s Real Estate Regulatory Agency, declines in the residential unit rents are officially between 6 and 12%, depending on the size of the apartment and its location. Some communities such as Jumeirah Lake Towers, Business Bay and Silicon Oasis haven’t seen any drop in the rents, but there haven’t been increases, either. Rents in Downtown Dubai, on the other hand, have slipped for all types of units, despite of the popularity and prestigious status of the area. For instance, studio apartments are now 6.25% – 7.14% cheaper than in May, ranging between AED 65,000 and AED 75,000 per year. One-bedroom units here have seen a decline of 8.33% to 10%, while larger, two-bedroom apartments dropped by 5.88% on average.

Another A-level area in the city, Dubai Marina, attracts tenants with lower rents, at least when it comes to studio apartments – their drop from May is between 6.67% and 8.33%, and current leases range from AED 55,000 to AED 70,000 per year. Rates for one- and two-bedroom units, however, have largely remained the same. This is a strange observation, considering the fact that the number of studio apartments in Dubai is much smaller than the number of one bedroom apartments.

If you are looking for a new home in the more affordable areas of Dubai (although “affordable” may not be the most appropriate term), you can also benefit from significant falls in the lease rates. For example, there has been a drop of 12.5% in rents of studio apartments in International City, while two-bedroom homes are now cheaper by around 8.33%. Current rents reach AED 35,000 and AED 55,000, respectively. One-bedroom apartments have steady rates and will cost you between AED 35,000 and AED 45,000 per year.

Another substantial fall in the rents can be seen in studios in Remraam, where you can lease a studio apartment for up to AED 40,000 a year, which is a decline of 11-12.5% from May. There is no change for one-bedroom units, but two-bedrooms have fallen by 6.27% to 14.28% in certain developments.