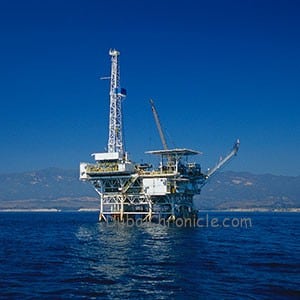 The ripple effects of the North American energy boom from major importer to soon-to-be exporter are being felt across the Middle East, Russia and China. This trend will result in new sources of supply, increase competition, reshape the global geopolitical landscape and create greater interdependencies among nations, according to the Deloitte’s 2014 Oil and Gas Reality Check report.

The report focuses on expansion and contraction on a number of fronts: the waxing and waning of dominance among suppliers; the progression into globalization from regionalization in energy markets; the growing shares of some fuels and the declining roles of others in the global energy mix; and, the opening and closing of borders in response to geopolitical concerns.

This year, energy markets have been marked by geopolitical motivations and pragmatism to an extent never seen before. For the Middle East, crude cargoes are anticipating a shift as exports are increasingly being directed eastward toward Asia rather than westward toward the US and Europe,” explains Kenneth McKellar, Energy and Resources leader at Deloitte Middle East. “However, we believe that predictions of US disengagement from the Middle East are over stated”.

The Deloitte report states that given the fungibility of world oil markets, a disruption in Middle East oil supplies will reverberate back to the US domestic market regardless of whether the region remains a major source of crude imports or not. In addition, the region’s volatility continues as the ‘new normal’ since the “Arab Spring.”

The case of China

The Deloitte report finds that if the US is now less dependent on Middle Eastern supplies, Asia and China have grown more so. China adopted a “go out” energy policy after 1992, when the country became a net importer of oil. Sluggish domestic supply growth and poor pipeline economics left China with few options but to search out new supplies overseas, and it found them to a great extent in the Middle East.

“Today China is dependent on the Middle East for a large percent of its crude imports and Middle East exports to China are expected to rise,” explains McKellar.

Global energy – North American revolution
The US is currently positioned to be a net exporter of natural gas by the end of this decade according to projections from the US Energy Information Administration (EIA). “Some fear this growing feeling of self-sufficiency will translate into greater isolationism and a reluctance to remain engaged in international affairs. However, I believe that this scenario is unlikely as we begin to see new sources of supply and greater competition for demand, particularly in Asia Pacific. A simultaneous shift toward cleaner fuels in the global energy mix bodes well for natural gas, and consequently for LNG as natural gas globalizes,” said McKellar.

Energy supplies – New sources, new geopolitics
The Organization of Petroleum Exporting Countries (OPEC) and Russia have dominated the oil and gas export environment for over half a century. Today, new suppliers are challenging their dominance, and in the process, altering the geopolitical landscape. “New sources of supply will shake up the global hydrocarbon markets in the next decade. Increased US domestic output, as well as production growth in Canada, Mexico, Brazil and Kazakhstan, will re-shape global oil and gas markets and the geopolitical landscape. We are likely to see decreased dominance of traditional producers, mainly OPEC countries and Russia, that will be challenged, and they will be forced to compete more aggressively to maintain their market share and influence,” said McKellar.

Energy mix – A change in the global order
The global energy mix is shifting toward cleaner fuels such as natural gas. In North America, natural gas is increasingly being used in power generation, manufacturing, and transportation. Japan also plans to increase the share of natural gas in its power mix, continuing a course that was set after the Fukushima Daiichi accident forced a pause in its use of nuclear power. In Europe, the desire to adopt cleaner fuels will continue despite some recent backtracking on more costly renewable sources, which has temporarily driven the region toward greater consumption of coal.

Energy nationalism – Driven by greed, fear, and pride
Resource nationalism results from a tug of war amongst three basic human drives: the desire for wealth as resources are monetized (greed); the desire for energy security since modern societies are very dependent on energy (fear); and the desire to maintain national sovereignty over one’s resources for purposes of national development (pride). Every country wrestles with these opposing and conflicting agendas at some point, reflecting changing national endowments, local development objectives and national priorities.