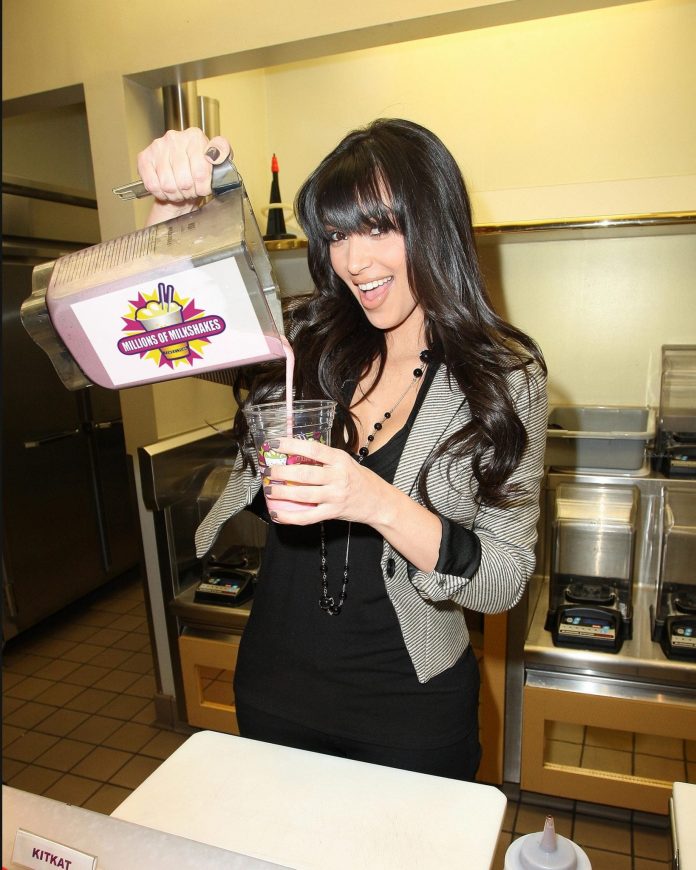 One of the most talked-about couples in Hollywood, Kim Kardashian and Kanye West, finally made the big step. Their long-anticipated wedding is by now a fact! On Saturday, the reality TV star said “I Do” to her rapper beau in Florence, Italy and although photos haven’t been yet released officially, a shot of her wedding was leaked online.

The couple tied the knot in front of roughly 200 guests at the 16th century landmark fortress Forte di Belvedere in Florence, Italy. The Saturday’s royal wedding was one of the most anticipated events for fans and media, both hungry for news and gossip since the beginning of Kimye’s relationship in 2012. Of course, the outdoor sunset ceremony was attended by A-list guests, as well as by the daughter of the couple, the 11-month-old North. Hordes of fans were waiting outside the wedding venue, but most of them expected to see Justin Bieber, surprising, considering he wasn’t even invited. Other expected guests were Beyonce and Jay Z, according to rumor, but they didn’t show up as well. Of course, the entire Kardashian clan was there to celebrate Kim’s big day.

Last week, Kim Kardashian arrived in Paris and on Friday the couple had an ultra-luxurious pre-wedding celebration at the Palace of Versailles where Lana Del Rey serenaded them with several songs, including Kim’s favourite “Young And Beautiful”. The couple and the guests then traveled to Florence for the nuptials and although there are no official photos, Balmain head designer Olivier Rousteing shared a shot at the reception on the social media. Then, a series of black and white photo booth shots began to surface, showing the newlywed couple posing with guests.

According to the US Magazine, Kim walked down the aisle in an haute couture white wedding gown by Givenchy’s Riccardo Tisci. The rapper groom was also in a Tisci tux, while the little North wore a cute Givenchy dress, as well. According to Tisci himself, who is a friend of the family, Kim’s gown featured handmade lace work and sheer paneling – certainly a majestic outfit created for a reality queen like herself. The Love Magazine also shared a photo of the bride, which reveals a beautiful gown with lace details and ultra-long veil covering Kim.

According to US Weekly, after the ceremony, the pink-themed party continued with traditional Italian delicacies served on a 70-metre-long marble banquet table, which was a gift from master craftsman Gualtiero Vannelli, who created it with marble from the Tuscan quarry in Carrara. The menu included chicken, salmon, steak, tortelloni, strawberry gelato and rose and gold Armand de Brignac champagne. Reports also say the highlight was an enormous wedding cake, consisting of seven tiers of white sponge and white icing with fruit layers and crafted by Galeto.
Now fans of the celebrity couple are waiting for exciting news and photos of the honeymoon, although it is still unclear where it will take place.