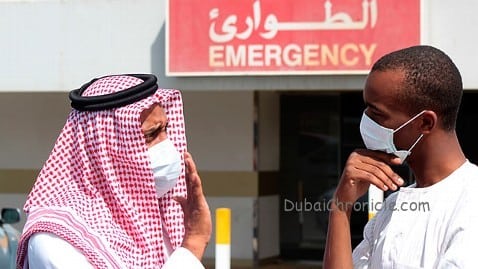 The rapid spread of the potential fatal Middle East Respiratory Syndrome (MERS) has become more concerning. For now, the apparent limit on the virus to easily spread from person to person in community settings has kept the World Health Organization (WHO) from declaring that MERS constitutes a global health emergency. The risks in the near-term center on possible virus mutation and the large expected influx of pilgrims in Saudi in the second half of 2014, paralel to the increase of holiday makers in UAE from Saudi Arabia during the summer months.

Increased uncertainty may pose further headwinds on a recovering Saudi consumer, after the labour market reform shocks. So far there is a little macro-economic impact on Saudi Arabia in the near-term, though investors should remain watchful for further developments.

MERS is a viral respiratory disease caused by a novel coronavirus (MERS‐CoV) that was first identified in Saudi Arabia in 2012. It is from the same family as SARS. There is no known cure for it, and the disease has killed around a third of people who have contracted it (571 infection cases were reported to the WHO, including 171 deaths as of two days ago). The virus appears to be circulating widely throughout the Arabian Peninsula. For the third consecutive year, the number of cases has increased in March and April, suggesting some element of seasonality.

MERS not a global threat for now

The apparent limit on the virus to easily spread from person to person in community settings has kept so far the World Health Organization (WHO) from declaring that MERS constitutes a global health emergency. The WHO emergency committee judged that there has not been convincing evidence that the disease has become more transmissible from person to person. While MERS is contagious, infection so far has happened when there is close contact from person to person, such as when providing unprotected care to a patient. Indeed, the WHO emergency committee judged that much of the recent surge in cases was from outbreaks in hospitals in Saudi Arabia, where infection control and prevention safeguards may have operated at sub-optimal levels, according to WHO.

The WHO risk assessment could be revisited if the virus is able to mutate into a strain that does transmit more easily from person to person. A change in the transmission pattern could thus make sustained community infection occur. Also, the large influx of pilgrims expected in July during Ramadan and in October during Hajj could increase infection rates and the geographical spread of the virus. Note that, last year, Saudi Arabia did issue a series of rules to pilgrims during the annual Hajj pilgrimage to ban the elderly and children, and force others to wear respiratory masks to prevent an epidemic. Egypt appears to be considering placing a temporary ban on pilgrimage this year. For now, the WHO emergency committee judged it need not recommend the application of any travel or trade restrictions or entry screening related to MERS.

The SARS epidemic suggests that the severity of the economic shock will largely depend on the breadth and duration of the outbreak, the weight of service industries in GDP, and the subsequent impact on longer-term supply-side factors past the initial hit. Malaria or HIV are examples of infectious diseases with 24 material long-term economic consequences. This is unlike SARS, where the demographic and human capital effects have been more contained due to the relatively short patient potential recovery period. Between November 2002 and July 2003, the outbreak of SARS in China caused 8,273 infection cases and 775 deaths in multiple countries. The SARS fatality rate was thus less than 10%, unlike MERS so far. The WHO issued a global health alert in March 2003. The Chinese government’s National Bureau of Statistics official estimate is that SARS shaved off 0.8ppt from annual 2003 GDP growth. The impact was largely felt in 2Q03, and a recovery in the services and other affected sectors began in 3Q03. Real GDP growth dipped from 10.8% in 1Q03 to 7.9% in 2Q03, rebounding to 9.6% in the following quarter as the outbreak became under control and panic subsided. The services industries were most affected, including tourism, hotels and restaurants, retail and transportation. Private consumption spending and services exports took the brunt of the hit on lower consumer confidence and reduced mobility, while increased business uncertainty affected investment.

Analysts expect a little economic impact on Saudi Arabia for now, though many remain watchful on further developments should MERS contagion spread rapidly further. The added value of services in Saudi Arabia stands at 32% of GDP, which is low compared to the 74% average for high income countries and the 40% share for China. As highlighted previously, most of the potential adverse impact is likely to fall on consumption and on export of services related to tourism (religious tourism, particularly). Increased uncertainty may pose further headwinds on a recovering Saudi consumer, after the labor market reform shock. Point-of-sales transactions data, a proxy for retail sales, suggests sales grew by 11% yoy in 1Q14, down from 18% yoy in 2013, and are expected to pick-up in 2H14. The number of pilgrims was 3.2 million in 2012 (including 1.4 million domestic pilgrims), dipping to 2 million in 2013 on MERS-related restrictions. Annual pilgrimage revenues total US$16bn, which is thus small at just 2% of GDP. 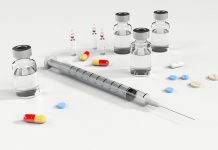 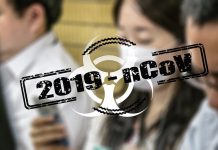 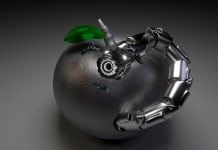 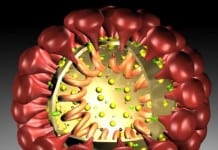