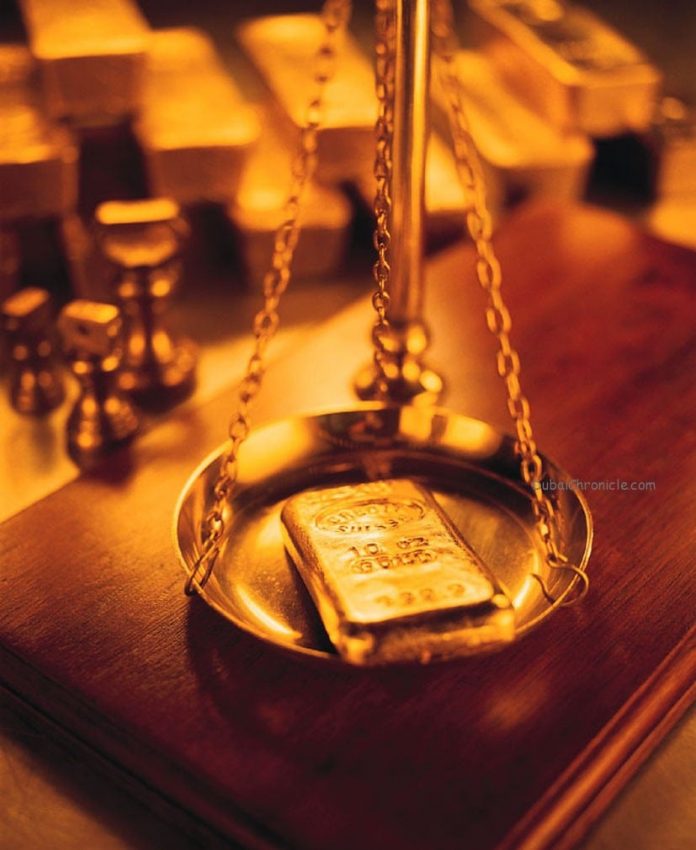 Gold prices are expected to rise in the coming weeks building strength on the previous weeks’ gains.

On Friday, the yellow metal tallied a five-week gain of 5% as losses in equities helped attracted more investors to the perceived safety of the precious metal. Gold for February delivery rose $2, or 0.2%, to settle at $1,264.30 an ounce on the Comex division of the New York Mercantile Exchange. Prices finished below the day’s high of $1,273.20, but the sentiment is still positive. Resistance at the $1,270 level briefly pushed prices lower. In addition, not many traders are confident to carry their positions during the weekend.

Gold prices gained 1% on weekly basis. Including the climb over the past four weeks, they’ve added about 5% since the beginning of the year.

The existing pullback in equities markets led to some ‘safe-haven’ buying.

The potential for an increase in gold imports to India if they lower the import duty, along with efforts in Europe to continue their own quantitative-easing policies are all supportive of gold at the present time.

Elsewhere, seasonal demand is expected to pick up as the Chinese New Year is on January 31. Options expiration on January 28 is also providing some upward pressure to prices.

According to Morgan Stanley, which lowered its bullion forecasts, gold will extend declines this year as gains in equity markets reduce the need for haven assets and increased regulation hurts risk appetite. The 2014 target was cut 12 percent to $1,160 an ounce and the prediction for 2015 reduced 13 percent to $1,138.

In the long term, gold may remain under pressure as the global recovery gains traction, increasing the risk of higher interest rates.