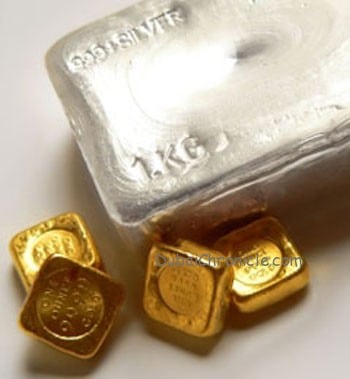 Gold had its biggest day in three weeks on Thursday, up 1.8% to $1,224 per ounce. Silver was also higher by 3.3%, with optimism about boosted demand from Asia as good of an excuse as any for the rally. China, in particular, was believed to be behind the piqued appetite. The Lunar New Year falls at the end of the month, and that usually means a strong period of gold buying.

Chatter from India about the rate hike cycle not just being over, but about to go into reverse is helping, as is a New Year’s Eve move by the RBI to loosen control over gold imports.

Despite gold’s sizable gains on Thursday, analysts were not convinced that gold has turned a corner. As long as gold does not break the $1,270 mark, the trend could still be to the downside and the low for this year could be at near the $1,054 level. Gains could be limited due to several reasons: Tapering of quantitative easing, which is expected to continue at a gradual pace; waning safe-haven appeal of gold amid economic recoveries in developed markets; and poor physical demand from India due to import restrictions.

In the second half of 2014, in particular, the majority of analysts expect spot gold to trade with a bearish bias. The yellow metal is set to have an awful year again in 2014, according to UBS. The bank’s Wealth Management unit has forecast that the precious metal could drop to $1,050 this year.

The reason for the yellow metal’s projected weak performance is not the US Federal Reserve’s taper, but rather the interest rate hikes which would occur until 2015 and which are already priced in the forcasts.