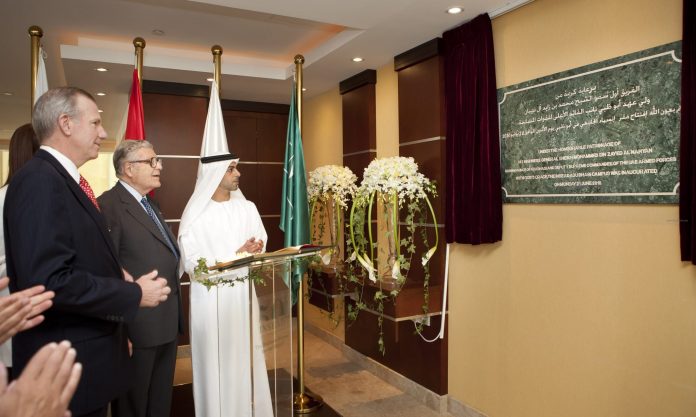 The Best Business Schools annual list was published by Forbes a few hours ago. The top ten ranking is dominated by universities in Europe. However, the UAE has also performed well this year. INSEAD, which has a campus in Abu Dhabi, takes the second spot, while Dubai’s S P Jain is in the top 20.

This year, Insead was voted the second best among the top business schools. According to Forbes, the total 5-year MBA gain for Insead graduates is $168,700. In comparison, the pre-MBA salary is estimated at $71,000. Although the university’s main campus is in France, it also has presence in Singapore and Abu Dhabi. INSEAD is known for the fact that it is open for students from all over the world. As a result, its faculty is quite diverse in nationality. INSEAD faculty members currently come from about 35 different countries.

In addition, this month the university appointed a new dean. His name is Ilian Mihov and he originally comes from Bulgaria. Mihov is a Professor of Economics and has received his education in the U.S. In 2010, he was an economic adviser to the Bulgarian Government.

The second university with a connection to the UAE on the ranking is S P Jain. The Dubai school occupies the 19 position this year. The university accepts less than 10% of the applicants. Despite that, employment rate of the S P Jain graduates is very impressive.

As it was already mentioned, the United Kingdom makes up 50% of the top 10 entries this year. The highest ranked UK business school is the University of London (4). Its MBA graduates enjoy a 5-year gain of $120,700. A little behind it, on the sixth position, is University of Oxford’s Said Business School. It is followed by another UK university – Warwick (5). Cambridge (8) and Cranfield (10) also managed to do well at this year’s list. Cambridge’s Judge Business School is extremely popular among foreign students. They make up about 90% of its entire student body. Cranfield MBA graduates, on the other hand, enjoy a salary of an average $127,000.

Despite the high presence of the UK on this year’s chart, the first place went to Switzerland’s IMD. Graduates of this university receive a salary of about $211,000 and their total 5-year MBA gain is estimated at $196,300.

The European domination continues with Italy’s SDA Bocconi School of Management. It is right behind Insead, on the third spot. Spain’s IE Business School is also among the top 10 this year with an impressive post-graduate employment rate of 92%.

The only non-European university on top 10 ranking is the National University of Singapore. It sits comfortably on the 9th position with 91% of foreign students.

Here is the complete list of the 10 Best International Business School in 2013: