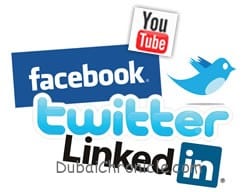 Until recently, spam attacks were a problem limited mainly to email clients. However, now they are directing their focus in a brand new direction – social media platforms. A new study revealed that only in the first half of the year, social media spam grew by the astonishing 355%.Social media apps

According to Nexgate’s 2013 State of Social Media Spam research report, email platforms are no longer spammers preferred field of work. They have now turned to social media sites. The reason is that email platforms are finally being effective in filtering and detecting spam emails. Most users are already using Kaspersky antivirus or McAfee products to protect themselves.

The problem with social media spam has become so bad that now at least 1 in every 200 posts is spam. Social media apps are also contributing to the problem. About 5% of them are distributing spammy content. In most of the cases, these are the unusually high number of updates send to the users.

That is probably why spammers are not sparing any resources. To attack social media users with unwanted posts and messages, they rely on diverse techniques. Among them are, for instance, spam networks, bots and different spam communication types.

The report also points out that spammers find social media particularly attractive, because of the fact that one post can reach many users. In contrast, email spamming attacks one person at a time. Also, spammy content on social websites is hard to detect. That is because many of them include shortened URLs. These links cannot be marked as spam.

In case you are wondering which social websites lead the ranking for spam, those are Facebook and YouTube. The report has found that they contain 100 times more spam than other social media sites. In addition, Facebook tops another black list. The users of the websites “enjoy” the highest exposure to phishing attacks.

The report does not end with a positive conclusion. It states that the spam problem observed on social media websites is currently limited, more or less. However, it adds that it will not take long before spam turns into a major issue for social users.