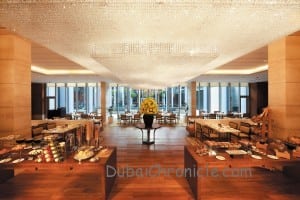 According to Jones Lang LaSalle Dubai Real Estate Market Overview Q2 2013 report, activity in the luxury segment of the Dubai hotel market is expected to increase.

The second quarter of 2013 witnessed only one major opening in the branded hotel segment, The Oberoi hotel in Business Bay. The hotel marks the entry of The Oberoi Group in the UAE.

Major hotel openings scheduled throughout 2013 include the Conrad on Sheikh Zayed Road, Sofitel on The Palm, Novotel Al Barsha and Anantara Royal Amwaj on Palm Jumeirah. 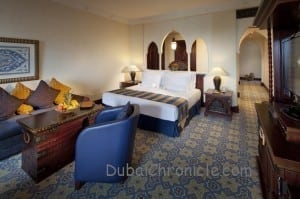 During the second quarter of 2013, several hotel developments were announced such as the first Wyndham property in Dubai Marina, Viceroy Resort on the trunk of Palm Jumeirah and the Taj Arabia project in Dubailand. These new projects represent the entry of new brands and operators into the Dubai hospitality market.

Dubai Department of Tourism and Commerce Marketing (DTCM) announced recently the Vision 2020 for the tourism sector with an ambitious objective of achieving 20 million tourists by 2020. The hospitality supply and tourism projects planned for the next 7 – 8 years are expected to be aligned to this goal.

In order to meet the “20 million tourists by 2020” target and the expected growing demand, developers will need to accelerate with their hotel projects. Beyond 2015, JLL expect more projects to come in the new available areas, such as in Business Bay, which represents an extension to the almost saturated Downtown or in Dubai World Central.

There is no doubt that a winning bid for Dubai at Expo 2020 will give a strong kick to the tourism sector and will accelerate the demand for additional hospitality projects. More hotels could be planned at Dubai World Central, around the Expo site, in the Jebel Ali area or next to the Convention Center.

Because of the increasing pressure to deliver more hotel projects in Dubai, JLL analysts have started to notice the conversion of some commercial office buildings into hotels and serviced apartments. But the possibility to do so remains constrained by the nature of the buildings and how easy it is to convert certain office space. 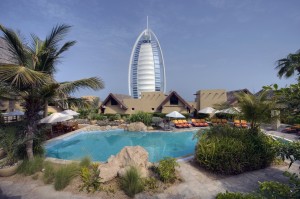 Dubai received over 10 million tourists during 2012, a record for the Emirate and a 9% increase over 2011. The positive upward trend in tourist arrivals has continued into 2013 and is reflected in the improved hotel performances across the city.

The airport arrivals have registered a 16.8% increase in the January-May 2013 period over the same period in 2012 supporting the demand curve. Earlier this year, Dubai Airport became the second busiest airport in the world, maintaining its growth story.

While historically the summer months represent a slow season for the tourism industry, this summer could represent an exception for Dubai as the number of visitors is expected to remain strong by benefiting from unstable situations in other traditional summer destinations in the region.

Occupancy rates as at YT May 2013 have increased by 2 percentage points over the same period in 2012, reaching 85% on a city-wide basis.

Average Daily Rates have witnessed an 5% improvement reaching USD 267 in YT May 2013 as compared to same period in 2012.