Buyers of Emaar town houses that went on sale on Saturday for Dh980,000 (US$270,000) are already actively trying to re-sell “their properties”  with handsome premiums starting from 15% onwards.

Yesterday, after the reports of fights between buyers spread on the web, we have received  the following email:

We have beautiful villa for sale from latest release by emaar from first lounge price.

We need 15% premium net to us, not negotiable, we will not give any POA and prefer only transfer client.

We may consider only MOU. But we will not give P0A.

This villa is in best located in community, very next to Club. Plot area is XXXX.

Three-bedroom townhouses in Emaar’s Mira development, which will be located somewhere in the desert near the Arabian Ranches which is already 30-minutes drive away from the central Dubai district, now are available for purchase even on local classifieds websites. What exactly the new home owners sell?

The initial sale of 188 units that started in the early hours of Saturday morning was stormed by prospective buyers, many of whom had queued for 2 days to purchase units in the residential project which will be completed in 2016. According to a statement issued by the developer, police were called to maintain order.

The low prices attracted a substantial number of buyers, including many who came from overseas. The initially announced price of Dh980,000 was very attractive to many expats. The conditions for buying a home also are flexible and even simple to meet. What you need is a relatively modest amount of cash, which you can obtain as a personal loan from the bank, and a cheque book. Then you have to wait in line with labourers and drivers sent by real estate agents and investors with the hope that your turn will come and you will have the opportunity to put down your cash and future salaries for a home that will  be build in the  near future.

A real estate agent called: “You don’t know what is happening at Emaar’s…..don’t sleep! Get your cheque book and come over!” 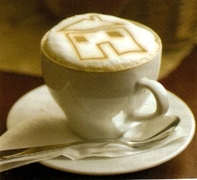 However, still it remains unclear when the lucky buyers will be able to resell their properties. Buyers were issued with tokens on Saturday, but contracts that will determine when the town houses can be transferred to a new owner are expected to be finalised within the next two weeks, according to Emaar sales representative. Nevertheless, villas that are not yet built in the new community that will soon be developed, now are up for grabs with a modest “premium of only 15%.”

Go for a drive towards the Arabian Ranches to inspect the amount of residential properties under construction and ask about the occupancy rates of the completed villas in the area. This would be an important step of reassurance towards your purchase. Maybe, you will even find a ready to move in home for less, even if not developed by highly-reputable property developer such as Emaar Properties.

Some real estate agents who had arrived in the morning of the launch of the new project were able to get to the front of the queue and snap up a few properties. Now they expect to cash in. Lets say, if a real estate company has secured six properties and now finds buyers to resell it with only 15% premium each, it would easily cash a million dirhams. Of course, such opportunities are not present everyday and real estate agents work hard for their commissions and sometimes have to wait months to get it.

Elsewhere, some of the villas sold on Saturday are already listed on Dubizzle for Dh1.65m each. This is much higher profit than the modest 15% premium our reader asks for, as it represents a price hike of  37.5% on the company’s purchase price from Emaar of Dh1.2m.

The sales were made on a first-come, first-served basis and limited to one per person. But that did not prevent even individual buyers acquiring multiple properties by getting stand-ins to queue on their behalf. A very few properties sold at the starting price of Dh988,888 each. However, all of the properties are scheduled for handover in 2016.

The recent demand for new properties follows the news about an increase in sales prices for villas during the first quarter of 2013.