The pink ribbon is known as the international symbol of breast cancer awareness and the fight against the disease. However, some people think that the delicate band is working against the breast cancer campaign. They add that the ribbon is not helping the efforts for better services and patient care. 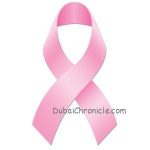 In October, people who support the breast cancer campaign put the pink ribbon in stores, on clothes and in their homes. However, there are critics who claim that these actions are too passive and trivial. According to them, the pink symbols cannot stimulate supporters to stand up and raise more serious questions. Also, there are others who do not like the fact that any company, including those offering dangerous substances, can participate in a pink reabon campaign. Moreover, these companies can even gain some profits from that.

Even some breast cancer survivors do not approve of the pink campaign. Many don’t understand why today people need to participate in various sports events to raise awareness and funding. Those who oppose the such campaigns remind that in the past people managed to achieve more with protests. According to them, the campaign destroyed the fight spirit of many women. They think that a breast cancer campaign only stresses on the fact that the disease is spreading and it didn’t put any efforts in trying to find what causes it.

October is a Breast Cancer Awareness Month. Every eight woman worldwide is or will be diagnosed with breast cancer. Think of ways in which you can participate in the battle against the disease. You can do many things like donating to charity organizations. Some of them sponsor the treatment of the disease and others push governments to do some real work. See how you can make the most impact.