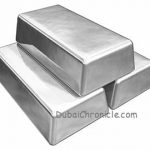 Past week, silver climbed to a multi month high to close at 33.722 off the high of the week at 33.773. Precious metals advanced on announcements from the ECB introducing their new “Outright Monetary Transaction” program and on a weak jobs report in the US, which improved chances of new stimulus in the coming week.

Silver prices are on course for a 4% weekly gain – while on the currency markets, the Euro rose to its highest level in more than two months, a day after ECB president Mario Draghi announced the new OMT program, aimed at tackling the Eurozone crisis by buying distressed Eurozone sovereign bonds.

The silver markets have had quite a run for the last three weeks, as prices were at the $28 level when this rally started. During the past five sessions, analysts observe continued bullishness on the way to $34 level. The $30 level would have been the last point of resistance and there is no really serious resistance up to the $36 level.

Adding to the bullishness in silver is the fact that that metal broke above a bearish trend line in the last two weeks. Currently, as a floor can be considered the $26 level. For traders, any level right now is an entry point as the magnitude of the breakout is massive and truly significant.

With central banks around the world looking to EEs their monetary policy, precious metals in general are expected to   continue to do well. Unlike gold, silver has an extreme amount of beta in it and is essentially a wild cousin of the gold market.

Another thing to consider when it comes to the silver market is that there is a typical gold to silver ratio that the markets have been ignoring lately. Typically, for every 14 ounces of silver, you can get one ounce of gold. This is not the case anymore, and in fact is closer to 50 to 1. Because of this, either gold is highly overvalued, or the silver market is extremely undervalued.

At this point in time, all drops in the silver market can be considered as buying opportunities, as there is no actual reason why the white metal can’t go back to test the highs of $5o.

At this point, there is no reason for traders to short silver, even if there is a potential pullback. Corrections will simply be an invitation to buy silver at cheaper prices going forward as the uptrend continues.