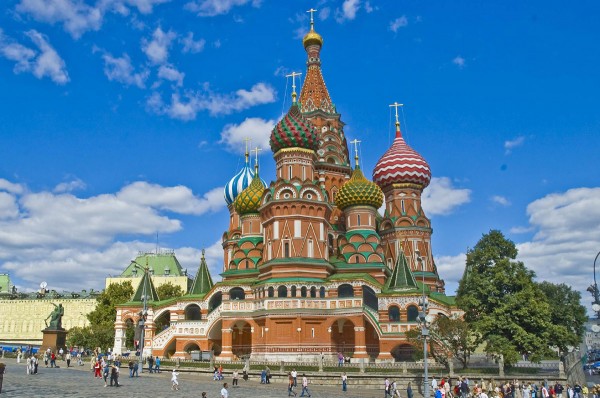 Traveling a country so big and so diverse as Russia can be quite a task. So many climatic zones, so many different cities and cultures… It is highly advisable to seek advice from a travel professional who would tell you how and where to go with minimal cost.

Russia is a country with ancient history and tremendously rich culture. Some of its architectural, historical and cultural monuments are enlisted as UNESCO World Heritage sites, including the historic center of St. Petersburg, the Moscow Kremlin, Red Square, palaces and park complexes, the historical monuments of Novgorod, the historical and cultural complex of Solovki, Trinity-Sergius Lavra in Sergiev Posad, the white stone monuments of ancient Vladimir-Suzdal and the cities of the ‘Golden Ring of Russia’, and the Kizhi State Historical-Architectural and Ethnographic Museum Reserve.

If you have a look at the Russian Federation, which occupies a sixth part of the earth, it is easy to notice that its sights are so diverse that they go beyond our imagination and resemble no other countries. The people, who have seen a lot and have been to many places, will certainly confirm that it is next to impossible to see all the sights Russia, so great is their number.

The territory of Russia admits more than 100 nature reserves and national parks, the great rivers, like the Volga, the Lena, the Amur, the largest and deepest lake Baikal, the alpine peaks of the Caucasus and the Caucasian Mineral Waters resorts, the volcanoes and geysers of Kamchatka. The resorts on the Black Sea, the Kremlin, Red Square, the mausoleum of Vladimir Lenin, the Armory, St. Basil’s Cathedral, the Tretyakov Gallery, Borodino Panorama, and Andrei Rublev museum are perhaps the most attractive places in the eyes of tourists.

He, who has at least once been to Russia, will never forget the Hermitage, the Russian Museum, St. Isaac’s Cathedral, Peter and Paul Fortress, the Alexander Nevsky Monastery, the unique museum called the Museum of Curiosities, and unsurpassed palace-park ensembles of Peterhof, Pavlovsk, and Pushkin. Russia is also famous for its ancient towns and the cities of the famous ‘Golden Ring’. They include Yaroslavl, Kostroma, Pereslavl, Vladimir, Rostov, Suzdal, and Sergiev Posad.

The sights that have always been popular among international guests include the Historical and Architectural Museum in Smolensk, the Kremlin and the palace of Ivan the Terrible in Vologda, the Kizhi Museum of Wooden Architecture.

Moscow is the capital of the country and its largest city, but the heart of Russia is truly St. Petersburg. In Moscow, one will find unique attractions, as the Triumphal Arch on Kutuzov Avenue, the Tretyakov Gallery, the Cathedral of Christ the Saviour, the Pushkin Museum, Epiphany Cathedral and others.

St. Petersburg is often called Venice of the North due to its tremendous historical and architectural heritage. Its Kazan Cathedral, Isaac Cathedral, the Cathedral of the Saviour on the Spilled Blood, Alexander Nevsky Lavra are unique architectural monuments and places of worship. The city’s attractions include the Palace Square with the Winter Palace and the Alexander Column, the Admiralty, Smolny Palace, and the Summer Garden. Tourists often walk along Nevsky Prospect, Kazan Cathedral Street, and Architect Rossi Street. Many tours lead to Ostrovsky Square, the Russian National Library, Arts Square with the building of the Russian Museum, the St. Petersburg Academic Theater of Drama, Summer Gardens, the Field of Mars, and the Engineers’ Castle.

The city’s monuments of Classicism and Empire include the Academy of Fine Arts, Admiralty, the Mountain Institute, Narva Gate. St. Petersburg’s famous bridges are true works of art and samples of engineering excellence. To commemorate the victims of the siege of Leningrad during World War II, the architectural memorial at Piskarevsky cemetery was created in the 1960-s. The suburbs of St. Petersburg are famous for Peterhof, Tsarskoye Selo, Pavlovsk, and unique palaces and park ensembles of the 18th-19th centuries.

Have plans to visit Russia? Share it in the comments bellow!