Central bankers took center stage during the past week. Bank of England, European Central Bank, and People’s Bank of China all moved to provide monetary accommodation to their struggling economies. In the U.S. the Fed was on the sidelines, but weak manufacturing and payroll numbers added to the grim reality of a global slowdown. Financial markets, coming off a strong close to the second quarter, faded as economic uncertainity took hold. 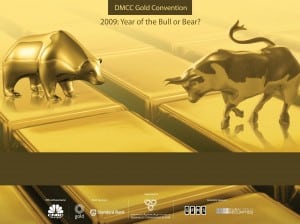 Over the last couple of weeks, commodities come off deeply oversold levels. Perhaps some investors will remember the effect of the Fed’s QE program in the U.S., look at last week’s central bank actions overseas, and anticipate a similar move in commodities. The rallies seem to be a counter-trend move in a larger down trend.

The gold markets had a very rough week after initially rising, only to turn around and fall flat by the end of the week. The ferocity with the down move on Friday suggests that the weakness in the market will persist. On the weekly technical chart, it is visible that the down trend continues, and $1550 looks to be rather supportive.

The $1500 level is a barrier for the bulls. Bellow that level, the market may fall apart. However, a little bit of a descending triangle seems to be forming on the charts at this point. Market observers and analysts are not very bullish and expect a bigger move.

As long as the US dollar continues to attract investments inflows for its “safe haven status, the gold markets would not benefit. With central banks around the world easing right now, there is a demand for gold, but just not predicated in US dollars.

Looking forward, gold price daily close is not expected to reach above the $1650 level or below the $1500 level. Gold markets will be a choppy area next week.