A growing majority of global investors would like to see more stimulative fiscal policies from governments around the world, amid resurgent fears about the Greek economy, according to the BofA Merrill Lynch Survey of Fund Managers for May.

The proportion of global investors saying global fiscal policy is “too restrictive” has more than doubled to a net 23 percent from a net 11 percent in April. The survey took place from May 4 to May 10, after elections in France and Greece. Nearly two-thirds of investors are concerned that Greece will be the source of a negative surprise this year, up sharply from 48 percent in April.

Fewer investors are convinced that current monetary policy offers enough stimulus. The number of respondents saying global monetary policy is “too stimulative” fell to a net 14 percent from a net 25 percent. Furthermore, expectations of additional stimulus from the European Central Bank (ECB) are rising. In this month’s survey, 60 percent of respondents expect the ECB to engage in more direct large-scale quantitative easing by the end of 2012 – up from 51 percent taking that view in April.

Investors are looking for greater stimulus as expectations of economic growth have fallen further and as concerns about inflation have eased significantly. Only a net 15 percent of the panel expects the global economy to strengthen in the year ahead, down from a net 28 percent in February. The proportion of investors predicting inflation to rise in the coming year fell to a net 2 percent from a net 21 percent in April.

“Investors have eradicated hopes of growth and inflation that had built up in the early months of the year – and they are looking to policy makers for stimulus,” said Gary Baker, head of European Equities strategy at BofA Merrill Lynch Global Research. “The risk to global growth comes from a change of view on China. Our April and May surveys show investors are increasingly bullish on China’s growth prospects,” said Michael Hartnett, chief Global Equity strategist at BofA Merrill Lynch Global Research.

Investors have extended the “risk-off” mode that they switched into last month. BofA Merrill Lynch’s Risk and Liquidity Composite Indicator has fallen further to 36 points – further below its historical average of 40 points. A net 35 percent of the panel says that they are taking lower than normal risks – up from a net 21 percent a month ago.

Asset allocators have extended positions in cash and bonds while reducing exposure to equities. A net 28 percent are overweight cash, up from a net 24 percent in April. While a net 48 percent were underweight bonds a month ago, that figure has fallen to a net 33 percent. The proportion of asset allocators overweight equities shrank to a net 16 percent from a net 28 percent.

Appetite for commodities fell back to its lowest level in seven months. A net 2 percent of the panel is now underweight commodities compared with a net 8 percent overweight the asset class in April. Weakening demand for commodities can an indicator of lower global growth and lower inflation.

Appetite for U.S. equities has managed to withstand the second month of “risk off”. However fewer investors are rushing into the U.S. market, and the survey indicates demand could fall in the months ahead.

At the same time hopes for China have continued to rise. A net 10 percent of the panel expects a stronger Chinese economy in the next 12 months, up from a net 4 percent a month ago. A net 32 percent of global investors say Global Emerging Markets is the region they most want to overweight, up from a net 24 percent.

With Greece and risks surrounding eurozone sovereign bonds at the forefront of investors’ minds again, respondents are reducing exposure to the euro. A net 32 percent of investors are underweight the euro (unhedged), a significant increase from a net 20 percent in April and March. Looking ahead, a net 49 percent of global investors say that the euro is the currency they most expect to depreciate over the next year, up from a net 32 percent last month. 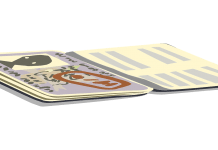