With the eurozone economy looking increasingly fragile and the single European currency depreciating in value against most major foreign currencies and the U.S. dollar, activity among property investors looking to take advantage of favourable conditions increased.

The push to complete commercial real estate investment deals in Europe before the end of 2011 boosted annual investment turnover to €115 billion, representing a 4% increase for the year when compared with 2010 (€110bn), according to the latest research from CBRE. 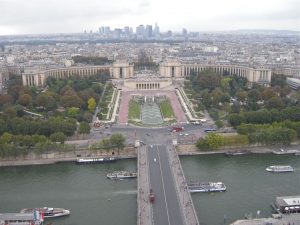 The French real estate investment market recorded €6.5bn of activity in Q4 2011. This was the highest quarterly turnover for France since Q3 2007. Investment activity in France was heavily biased towards the Paris office sector and included large portfolio and single-asset deals. The level of activity was boosted by the year-end deadline for sales of corporate real estate to REITs at a lower capital gains tax rate. This resulted in a higher level of suitable supply, but other factors, such as the need for liquidity among some investors, also contributed to the bumper year-end performance.

Commercial real estate investment activity in the Nordics was strong across the region in Q4 2011, with Sweden and Denmark performing well. In part, the Nordics benefited from safe haven demand due to their position outside of the eurozone.

After building momentum during the year, market turnover in both Central and Eastern Europe (CEE) and Italy slowed in the final quarter. Holiday and retirement property investments in Bulgaria remain very attractive due to lower valuations and the fact that the country is less affected from the eurozone debt crisis than other its South and East neighbors.

Reflecting the economic divide between northern and southern Europe, commercial real estate investment in ‘core’ northern markets – in particular France, Germany and Sweden – have shown growth on an annual basis. In contrast to this, investment in Italy, Portugal and Spain suffered from lower levels of activity in 2011 compared with 2010.

“Despite the uncertain economic climate, 2011 European property investment topped activity levels seen in 2010, buoyed by a strong year end. Investors are still targeting prime assets in liquid markets, and final quarter numbers confirm that France, Germany, the UK and the Nordics are key to core strategies.”