President His Highness Sheikh Khalifa bin Zayed Al Nahyan has issued a number of decrees within the framework of his keenness to achieve the welfare of the citizens and help them get their ambitions in a stable and comfortable life, reports the official news agency WAM.

On the occasion of the UA’s 40th National Day celebrations, HH Sheikh Khalifa issued a decree to increase salaries of all federal government employees with effect from January 2012.

The decree also provided members of the judiciary authority as special allowance of 100 percent of basic salary.

Sheikh Khalifa also granted a salary increase of 20 percent of the allocation of social benefits to some cases that receive subsidies from the Ministry of Social Affairs. 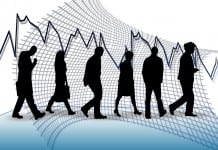 Ministry of Finance celebrates the 40th anniversary of UAE

Drumbeats at the heart of National day in Dubai Marina Mall