Last week, with the exception of Friday, spot gold prices sustained losses. Despite the rebound on Friday, the yellow metal headed for a weekly decline after posting gains in the two weeks prior.

However, talks of unleashing a $1.3 trillion Euro debt rescue package pared back some losses. European leaders agreed to meet next week to decide on plans.

The rising demand for USD as a safe haven also pushed gold prices lower, with market players preferring the greenback as risk aversion increased. Commodities across the board weathered a volatile period, as markets remain vigilant over the EU outcome. The yellow metal climbed the most on Friday as investors renewed confidence that the EU will be able to tame the crisis.

The recent slump in price has also attracted more buyers, preventing the precious metal to loose its shine further. Gold was also boosted higher after German government sources said there are no serious differences between France and Germany, on Friday.

Investors remain optimistic that the EU summit in the coming week will provide a solution to the debt crisis, which in turn will expect commodity prices to rally on rising emerging market demand. 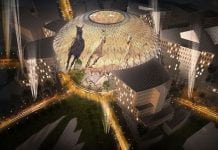