Nakheel is offering up to two months rent-free in residential properties located in lower-priced developments in a bid to attract more tenants. Other developers have been practicing the same since some time, offering to tenants fourteen months leasing contracts for the annual rental value.

Great rental deals with one or two-months free periods on leases can be found in Dubai, not only in Discovery Gardens and International City, where rents start from AED25,650 and AED17,100 a year, but even in upscale business districts as DIFC and the Business Bay. 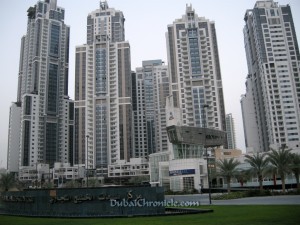 Earlier this month, Dubai Chamber of Commerce estimates that 61,545 real estate units will enter the market by end-2011. With such supply, real estate developers have no many options, but to become flexible and invent practices to attract more tenants.

A spokesperson for Nakheel said the two months rent-free offer had been “well-received”, but declined to specify how many apartments have been leased under the scheme so far.

Rising available space levels will likely force more owners to offer sweeteners such as rent-free periods and slashed rates in a bid to attract tenants in an oversupplied market. Dubai’s residential rental market is becoming highly competitive, as prices dropped drastically over the past two years and the  oversupply in many areas leaves landlords with under-occupied buildings.