Vestas has played a major role in forging a path for the renewable energy industry. It has made more than 41,000 turbines for customers in 65 countries across five continents – creating more wind power capacity than any other company. The company’s turbines generate more than 60 million MWh of energy each year, enough to power 21 million people.

Sheikh Mohammed bin Zayed said: “The Zayed Future Energy Prize reflects the vision of the late Sheikh Zayed bin Sultan Al Nahyan, the founding father and the first President of the UAE, who was aware – even decades ago – of the importance of reaching a balance between preserving the environment and maintaining economic growth. It is his vision that has forged a unique path for the UAE, and has served as a beacon for us to follow as we begin to harness new sources of power and ensure we preserve the local heritage and natural resources.
“In commemoration of this humanitarian approach, the award was established to recognize and motivate creative minds and innovators in the field of renewable energy, with the ultimate purpose of maintaining a healthy and clean environment for future generations,” Sheikh Mohammed added.
Vestas was selected for its outstanding scale of achievement and its enviable track record – evolving from a country with little energy resources to a global leader in delivering renewable sources of power. For the past 30 years, Vestas has firmly promoted and established clean, renewable wind power as a mainstream and sustainable energy solution. The judges were particularly impressed with the company’s long-term vision, demonstrating the ability to scale up through a commercially-viable business model and for its outstanding contribution to the renewable energy industry.

Announcing the 2011 winners, Dr. Sultan Ahmed Al Jaber, Director General of the Zayed Future Energy Prize, said: “Congratulations to Vestas on winning this year’s Prize. Vestas is a worthy winner having pioneered large-scale innovation in wind power and for its positive impact on the energy needs of humanity. Sustainability is one of the greatest challenges of our time and I am proud that the Zayed Future Energy Prize continues to reward those that help advance us on this important journey.” Dr. R.K. Pachauri, Chairman of the jury and Chairman of the Intergovernmental Panel on Climate Change, said: “Vestas clearly stood out for a number of reasons, and most importantly, for dynamically changing wind-energy technology, something that requires imagination, vision and dedication. Innovation doesn’t come about through a flash in the pan, it is something that requires enormous perseverance, clarity of purpose, efforts and resources.” The winner and the runner-up awards were chosen from a total of 391 submissions from 69 countries.

Amory B. Lovins, Chairman and Chief Scientist of the Rocky Mountain Institute was awarded a runner-up prize of US$350,000 for his work on an “integrative design” methodology for energy efficient buildings, vehicles and factories. Lovins describes his designs as a powerful and globally applicable new tool for shifting rapidly from oil and coal to efficiency and renewables.
E+Co, a clean-energy investment company, was also awarded a runner-up prize of US$350,000 and congratulated for its pioneering investments in the developing world. It supports and invests in small and growing clean-energy enterprises in developing countries to impact climate change and energy poverty.

Prior to selecting the winner, the following companies were also shortlisted for the Zayed Future Energy Prize: Barefoot College, the only fully solar electrified college in India, for training woman in rural areas to contribute to solar energy development. The college believes the very poor have every right to have access to, control, and manage and own the most sophisticated of technologies to improve their own lives.

First Solar, solar modules manufacturer based in Arizona, for its commitment to solar energy and the development of more efficient thin film solar modules. First Solar has developed an innovative photovoltaic technology focused on affordability as well as sustainability and is the preferred module supplier for major PV projects globally.

Terry Tamminen, CEO and Founder of 7th Generation Advisors, for his work in developing renewable energy solutions in California. For more than 20 years, Tamminen has developed, implemented and replicated effective renewable and sustainable energy solutions by using California as a proof-of-concept model, then scaling up to larger markets within the US and internationally.

The Zayed Future Energy Prize is inspired by the vision and environmental stewardship of the late Sheikh Zayed Bin Sultan Al Nahyan, the founder of the United Arab Emirates. The Prize recognizes and rewards outstanding work in renewable energy and sustainability. 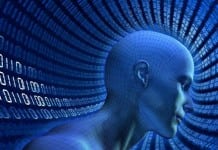