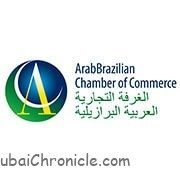 Brazil’s exports to the Arab region soared 22.5 percent in volume during the first quarter of 2021 to reach USD 2.91 billion, up 18.2 percent from a year ago, amid a steady recovery in global trade, figures released by the Arab-Brazilian Chamber of Commerce (ABCC) showed.

Saudi Arabia was the biggest importer of Brazilian goods during the period, with the export volume going to the Kingdom amounted to USD 526.16 million. Bahrain came in second at USD 406.36 million, followed by Egypt USD 379.26 million and the UAE USD 352.2 million.

Iron ore, food products such as sugar, poultry, beef, and cereals topped Brazilian foreign sales to the Arab world in the first quarter. Sales of soy and maize posted record-high increases at 147.98 percent and 132.67 percent, respectively.

Exports from the Arab world to Brazil, on the other hand, stood at USD 1.31 billion in the first quarter of the year, or 11.24 percent higher from a year ago.

Osmar Chohfi, President of the Arab Brazilian Chamber of Commerce, said: “Due to the gradual reopening of borders and continuous vaccine rollout, Brazil’s trade balance with Arab countries started growing immediately during the first three months of 2021. Brazil and Arab countries were able to quickly renew the growth momentum and reinforce their trade relations despite the pandemic. This rebound is expected to remain in 2021, especially now that we are seeing a rise in consumer demand”.

“We see sustained high regional demand for Brazilian food products over the next months as a result of the increasing tourism activities, among other factors. The strong growth performance of Brazil’s exports reflects the Arab countries’ resilience and ability to recover and expand despite the challenging global market conditions. The Arab Brazilian Chamber of Commerce will act in order to help facilitate trade activities and find new opportunities in the context of Arab-Brazilian economic relations. Brazil is and will always be a trusted partner for the Arab world, in this respect.” Chohfi added.

For over 68 years, the ABCC has been working to connect the Brazilian and Arab peoples to promote economic, social, and cultural development. It plays a pivotal role in developing the relationship between them over the years. Additionally, it helps facilitate growth and diversification of the Arab-Brazilian trade by building relationships with public and private players and working towards making the Arab world Brazil’s third-largest business and investment partner.