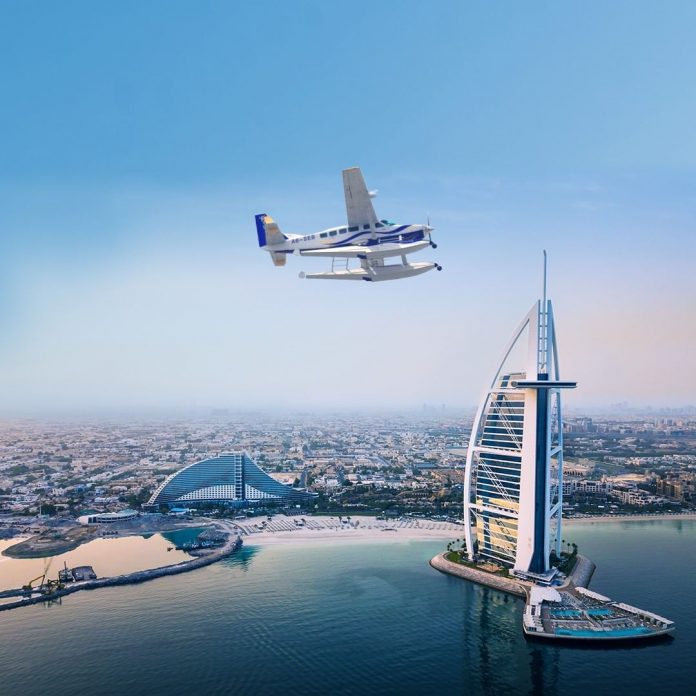 As part of its Impacts programme, Savills, the leading global real estate advisors, published some new research confirming the extent of estimated future global demand in laboratory and office space associated with life science. The research shows the extent to which venture capital (VC) funding into such companies boomed to US $2.3 billion by the end of August, comprising 1.2% of all global VC investment, up from an annual average of just 0.6% over the past five years.

To further discuss the research, Savills hosted a webinar to highlight the most recent increase in demand from life sciences companies across the Middle East region. The panel titled ‘Life Sciences – A Real Estate Bubble or Boom in the Middle East?’ looked at the investors’ interest in diversifying their portfolios to capture the expected increase in demand from life science companies. In order to understand the recent growth in this trend, Savills invited to the panel regional real estate and life science experts including Paula Walshe, Head of International Corporate Services at Savills, Marwan Abdulaziz, Managing Director at Dubai Science Park, Cenk Bildir, Senior Principle Project Manager at Medtronic and Graham MacGregor, Project Management Associate at Savills. The session was moderated by Steven Lang, Director Research at Savills who discussed with the panellists the key factors and trends on real estate emerging from global markets and driven by the global pandemic.

Based on Savills data and analysis, Steven Lang explained the significant level of Research & Development (R&D) investment into the global pharmaceutical and biotechnology sector. Additionally, the increased level of interest from investors includes a realisation and a need to understand how occupiers and corporates should operate in the “new normal”, in terms of location and fit-out.

Commenting on life science capital raising in the Middle East, Lang said: “The period between 2015 and 2019 saw a significant increase in the annual average level of investment for vaccines companies compared to the preceding five-year period in most countries, but unsurprisingly this has now been surpassed by the eight-month total for 2020 given the scale of the pandemic emergency. Faster growth in the smaller vaccine-associated companies, which tend to be the main recipients of VC funding, bodes well for developing a strong life science ecosystem, which attracts the global larger corporates, and is good for real estate demand across both the offices and specialist laboratory space sectors.”

Paula Walshe, Head of International Corporate Services at Savills said: “It is far too early to state the impact on demand is specifically due to the COVID-19 pandemic. However, there has been a noted increase in interest from the life sciences sector generally over the last 12 to 18 months from new companies looking to enter the market and existing companies who plan to expand their operations. The United States and Europe are the two main locations where we see most of our life sciences clients headquartered. From our understanding, these companies see this region as a central location for access to India and Asia pacific markets as well as a progressive and business friendly environment.”

Marwan Abdulaziz, Managing Director at Dubai Science Park said: “The talent is the core of innovation any sector needs. One of the intriguing numbers that I stumbled upon recently was the number of scientists per million in the Middle East compared to countries like Finland and the U.S. Finland for example, has 7,000 scientists per one million while the U.S. has 5,000 scientists per one million. However, the entire Middle East has only one thousand scientists per one million. We are unfortunately very far off from countries that are developing and coming up with innovations in different areas such as vaccines, pharmaceuticals, and biotech. There needs to be alot of effort done in the aspect of nurturing that talent, and we have seen great examples in such as the New York University in Abu Dhabi. This would probably change in the coming 5-10 years, but talent is one of the key aspects we need to grow and nurture in the Middle East.”

Savills analysed VC funding raised by vaccine companies by country and by the annual average of money going into vaccine companies headquartered by country, over three time periods, including in the past eight months. The UK and Switzerland saw extremely strong growth between 2015 and 2019 compared to the preceding five-year period. For the UK, this growth was 106% and for Switzerland it was 39%, putting them in a robust position for their vaccine-related sectors to continue to expand, says Savills. Since the outbreak of Covid-19 the UK has seen a significant acceleration in activity related to vaccine development with a brand new Vaccines Manufacturing Innovation Centre in Harwell, Oxford, being expedited to complete by Q4 2021.

According to Savills, the US and Germany have been largest recipients of VC investment into vaccine companies this year, while others such as Canada and France have witnessed significant growth in 2020 compared to the preceding five-year period.