US President Donald Trump said Monday that he will sign an executive order “to temporarily suspend immigration into the United States” because of the coronavirus, reported the Associated Press, AP.

“In light of the attack from the Invisible Enemy, as well as the need to protect the jobs of our GREAT American Citizens, I will be signing an Executive Order to temporarily suspend immigration into the United States!” Trump tweeted.

He offered no details as to what immigration programmes might be affected by the order and the White House did not immediately elaborate on Trump’s tweeted announcement.

Due to the pandemic, almost all visa processing by the State Department, including immigrant visas, has been suspended for weeks. 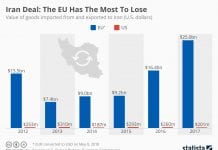