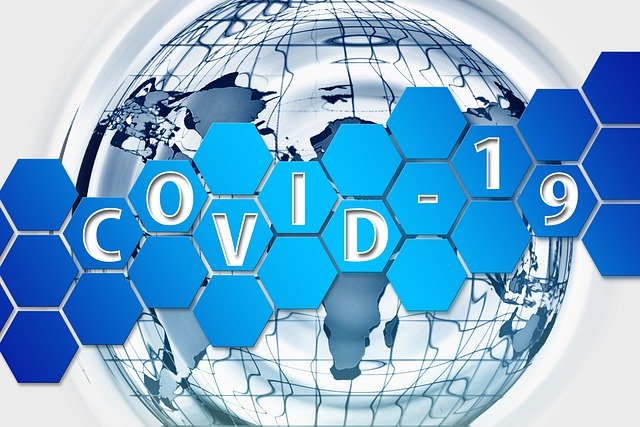 As the world grapples with the fear, the economic impact of COVID-19 is mounting – with the OECD warning the virus presents the biggest danger to the global economy since the 2008 financial crisis.

UNCTAD, the UN trade agency, warned of a slowdown of global growth to under 2% this year, effectively wiping $1 trillion off the value of the world economy.

A poll of economists by the London School of Economics found 51% believed the world faces a major recession, even if COVID-19 kills no more people than seasonal flu. Only 5% said they did not think it would.

There are now over 300,000 confirmed cases of COVID-19 globally, the new coronavirus that emerged in Wuhan, China, in December and is spreading around the world.

Businesses are dealing with lost revenue and disrupted supply chains due to China’s factory shutdowns. Weeks after China imposed travel restrictions on million of its people, Italy placed quarantine measures on its entire population, with France and Spain imposing similar measures and many other European countries restricting movement and business activity. On 11 March, some key industries in Wuhan were told they can resume, a day after Chinese President Xi Jinping visited the city for the first time since the outbreak began.

Here are a few ways the outbreak is sending ripples around the world.

The poll of more than 40 economists, based both in and outside mainland China, forecast growth to fall to a median of 3.5% this quarter from 6.0% in the fourth quarter of 2019, a full percentage point lower than predicted in a Feb. 14 poll.

“If you’re in a city which has been basically closed down or put (under) virtual house arrest, you’re not going to go out to the streets, you can’t go to the cinema, the restaurants…with all those sorts of things, economic activity will be substantially negatively affected,” said Rob Carnell, head of Asia-Pacific research at ING.

The Chinese economy is likely to be hit further by reduced global demand for its products due to the effect of the outbreak on economies around the world.

Data released on 16 March showed China’s factory production plunged at the sharpest pace in three decades in the first two months of the year – something which could mean an even greater economic slowdown than predicted in that poll.

“Judging by the data, the shock to China’s economic activity from the coronavirus epidemic is greater than the (2008) global financial crisis,” said Zhang Yi, chief economist at Zhonghai Shengrong Capital Management.

“These data suggest a small contraction in the first-quarter economy is a high probability event. Government policies would need to be focused on preventing large-scale bankruptcies and unemployment.”

To combat the economic fallout, the US Federal Reserve on 15 March cut its key interest rate to near zero.

But the move, coordinated with central banks in Japan, Australia and New Zealand in a joint-effort not seen since the 2008 financial crisis, failed to shore up global investor sentiment, with oil prices dipping below $30 a barrel on 16 March, and a 9% slump in share values when Wall Street opened.

China is the world’s biggest oil importer. With coronavirus hitting manufacturing and travel, the International Energy Agency (IEA) predicted the first drop in global oil demand in a decade.

On 9 March, oil prices lost as much as a third of their value – the biggest daily rout since the 1991 Gulf War, as Saudi Arabia and Russia signaled they would hike output in a market already awash with crude, after their three-year supply pact collapsed.

Anyone hoping cryptocurrencies might prove a safe haven was disappointed. Bitcoin lost more than 30% of its value in the five days to 12 March, Reuters reported, outpacing losses for stocks and oil.

Meanwhile, the European Central Bank (ECB) also took action, launching on 18 March a €750 billion Pandemic Emergency Purchase Programme that is expected to last until the end of this year.

On 20 March, the UK announced radical fiscal spending measures to counter the economic impact of a worsening crisis. The government said it would pay up to 80% of the wages of employees across the country unable to work, as most businesses shut their doors to help fight the spread of coronavirus.

Earlier in the month, the Danish government announced it would help private companies struggling to manage the fallout from the pandemic by covering 75% of employees’ salaries, if firms agreed not to cut staff.

US lawmakers, meanwhile, have been negotiating the terms of a $1 trillion economic relief program.

On 5 March – before the US travel ban was announced – the International Air Transport Association (IATA) predicted the COVID-19 outbreak could cost airlines $113 billion in lost revenue as fewer people take flights.

“The industry remains very fragile,” Brian Pearce, the IATA’s chief economist, told the Associated Press. “There are lots of airlines that have got relatively narrow profit margins and lots of debt and this could send some into a very difficult situation.”

On March 16, British Airways said it would cut flying capacity by at least 75% in April and May. Other UK airlines, including Virgin Atlantic and easyJet also announced drastic cuts.

The shortage of products and parts from China is affecting companies around the world, as factories delayed opening after the Lunar New Year and workers stayed home to help reduce the spread of the virus.

Apple’s manufacturing partner in China, Foxconn, is facing a production delay. Some carmakers including Nissan and Hyundai temporarily closed factories outside China because they couldn’t get parts.

The pharmaceutical industry is also bracing for disruption to global production.

Many trade shows, cultural and sporting events across the world have been cancelled or postponed.

The travel and tourism industries were hit early on by economic disruption from the outbreak.

Besides the impact on airlines, the UN’s International Civil Aviation Organization (ICAO) forecasts that Japan could lose $1.29 billion of tourism revenue in the first quarter due to the drop in Chinese travellers, while Thailand could lose $1.15 billion.