Coronavirus and heightening geopolitical and trade tensions can be expected to drive the world to the brink of a global recession this year. Investors must take action sooner rather than later to build and safeguard their wealth.

The stark warning from Nigel Green, founder, and CEO of deVere Group, one of the world’s largest independent financial services and advisory organizations, comes as Asian-Pacific, European stocks and U.S. futures fell on Wednesday as the global market sell-off triggered by concerns over the impact of the coronavirus outbreak grew.

Mr Green says: “Investors have largely been caught off-guard by the serious and far-reaching economic consequence of the coronavirus.

“This, despite major multinational organisations already lowering their profit guidances, and many more likely to do so in coming weeks. Clearly, this will hit global supply chains, economies across the world and ultimately government coffers too.

“However, it does seem that this week the world is waking up to the reality of the situation as the containment of coronavirus hasn’t yet materialised and confirmed cases soar in different countries.

“Until such time as governments pump liquidity into the markets and coronavirus cases peak, markets will be jittery triggering sell-offs.”

Earlier this week, Nigel Green noted: “In addition, coronavirus has struck at a time when major economies, including Japan, Germany, India and Hong Kong are already facing a serious downturn.”

He continues: “It doesn’t end there. Investors also need to consider the impact of the U.S. presidential election, the tensions between Iran and the U.S. and how oil prices will be hit if these intensify, and perhaps most significantly there’s the simmering trade war between the U.S. and China – the world’s two largest economies.

“China’s current economic slowdown will reduce the country’s ability to buy $200bn more U.S. goods, as promised in the Phase One trade deal. And that was the ‘easy’ bit.

“Phase Two is more about the U.S. trying to limit China’s tech ambitions and it has been reported that Beijing is unwilling to negotiate on many of these issues, and instead would play for time.”

“The combination of these headwinds is likely to dampen business confidence and investment, profits, and consumer demand throughout the rest of this year.

“Together they could push the world to the brink of a global recession this year. This would be severe because central banks are running out of weapons to see off the threats.”

Mr Green concludes: “Whilst I am confident that we’ll narrowly avoid a global recession in 2020, no-one can accurately predict the future – as we have seen with coronavirus, which markets wrongly assumed would be limited to mainly China.

“Therefore, in the current volatile environment, investors – including myself – will be revising their portfolios and drip-feeding new money into the market to take advantage of the opportunities whilst reducing risk at the same time.” 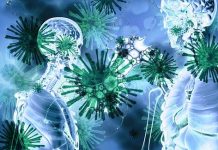 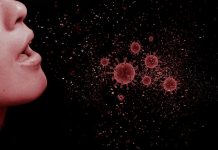 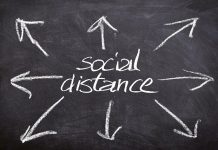 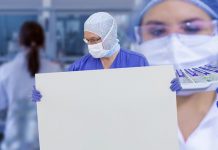 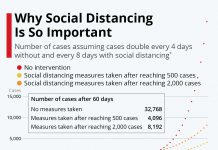 Coronavirus: Chart Shows Why Social Distancing Is So Important 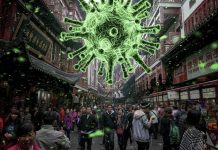