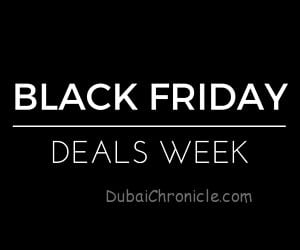 Amazon just opened its Black Friday Deals Store offering discounts on a wide range of products. It has become somewhat of a custom for the online retailer to start rolling Black Friday deals in the beginning of November.

Amazon joins the likes of Macy’s, Target and Nordstrom with its own special deals to note the retail shopping event taking place the day after Thanksgiving.

In addition to launching its Black Friday Deals Store, the e-commerce giant is offering other perks to lure holiday shoppers. Among them, it created a site for gift ideas. Members of its Prime subscription program also are eligible for free same-day delivery on more than 3 million items.

At its Black Friday Deals Store site on Thursday, Amazon offers discounts on laptop computers and other electronics, clothing, household items and more.

Last year, consumer spending on Black Friday reached $5.03 billion, up 17% from the prior year, according to Adobe (ADBE) Analytics data.

Adobe, on Thursday, said it expects U.S. online sales throughout the holiday season this year to reach $124 billion, up 15% from the year-ago period. It expects offline retail spending to increase a modest 2.7%.