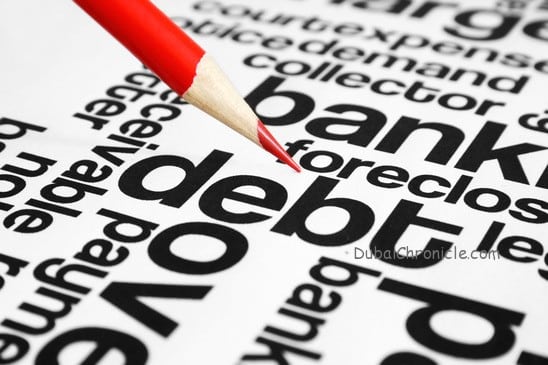 Global debt hit a new record high of $164 trillion in 2016, the equivalent of 225 percent of global GDP. Both private and public debt have surged over the past decade. High debt makes government’s financing vulnerable to sudden changes in market sentiment. It also limits a government’s ability to provide support to the economy in the event of a downturn or a financial crisis.

Countries should use the window of opportunity afforded by the economic upswing to strengthen the state of their fiscal affairs. The April 2018 Fiscal Monitor explores how countries can reduce government deficits and debt in a growth-friendly way.

High government debt is a concern

Of the $164 trillion, 63 percent is nonfinancial private sector debt, and 37 percent is public sector debt. Advanced economies are responsible for most global debt. Nevertheless, in the last ten years, emerging market economies have been responsible for most of the increase. China alone contributed 43 percent to the increase in global debt since 2007. In contrast, the contribution from low income developing countries is barely noticeable.

Public debt plays an important role in rising global debt. Debt-to-GDP ratios in advanced economies are at levels not seen since World War II. Public debt ratios have been increasing persistently over the past fifty years.

Along with debt, the cost of debt service has been rising rapidly in low-income developing countries. The interest burden has doubled in the past ten years to close to 20 percent of taxes . The escalating cost reflects in part the increasing reliance on nonconcessional debt, as countries have gained access to international financial markets and expanded domestic debt issuance to nonresidents.

There are several reasons why high government debt and deficits are a cause for concern.

Countries with elevated government debt are vulnerable to changing financing conditions, which could hinder their ability to borrow, and put the economy in jeopardy. Furthermore, historical experience shows that high debt and deficits in a country increases the depth and duration of a recession—such as in the aftermath of a financial crisis—because governments are unable to deploy sufficient fiscal support to the economy, as discussed in the October 2016 Fiscal Monitor .

Now is the right time to tackle high debt and deficits

As growth gains momentum in most countries, fiscal stimulus to support demand is no longer appropriate. At the same time, fiscal multipliers, which measure the short-term impact of changes in taxes or spending on output, are expected to be smaller. This implies that the benefits from short-term fiscal stimulus are limited, and the economic costs of reducing debt and deficits relatively smaller. Reducing debt and deficits now will diminish a country’s vulnerability to changing market sentiment. It will also ensure that policymakers have sufficient resources to act in case of a downturn—precisely when fiscal multipliers are larger.

Overall, our forecasts indicate that debt-to-GDP ratios would come down over the next three to five years in most countries. But this hinges on countries delivering fully on their policy commitments. There is no room for complacency.

Of note, public debt ratios are forecasted to come down in all advanced economies, except for one. In the United States, the revised tax code and the two-year budget agreement lead to an expansion in the level of economic activity until 2020. These measures will give rise to overall deficits above $1 trillion over the next three years, which is more than 5 percent of GDP. This adds to the rising trend in government debt, bringing it to 117 percent of GDP in 2023. Our forecasts are qualitatively similar to those recently published by the Congressional Budget Office.

In the April 2018 Fiscal Monitor, researchers urged policymakers to avoid fiscal policies that provide unnecessary stimulus when economic activity is already picking up. Instead, most advanced, emerging market, and low income developing countries should deliver on their fiscal plans, and put deficits and debt firmly on a downward path. They should also enact fiscal reforms that increase productivity and promote human and physical capital.

It is imperative that low income developing countries strengthen their tax capacity. This will allow them to service their debt. It will also allow them to finance spending priorities—such as health, education and public infrastructure—to attain the 2030 Sustainable Development Goals.

No one can predict the ebb and flow of countries’ economies. Prudent and successful governments prepare in good times to face the storms looming on the horizon.

Six Accounting Terms Every Entrepreneur or Business Owner Must Know