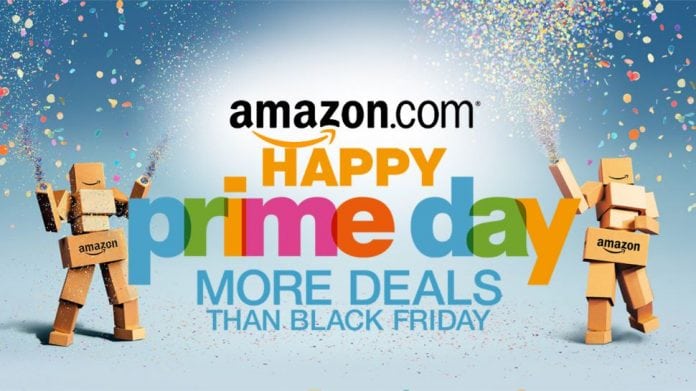 Amazon Prime Day 2018 promises to break all online sales records and again invigorate the quieter time of the year as the Summer Holidays get underway. To be able to benefit from the steep discounts on the day, however, you must have a Prime membership. If you don’t have it, get a free 30-day free trial here.

The one day only mega online sale first launched in 2015 and it was promoted as a celebration of Amazon‘s 20th birthday. Since then, it’s morphed into an artificial sales event that boosts Amazon’s sales in the early Summer, a time of year when in the past sales were sluggish compared to Black Friday and the holiday season.

It didn’t take long for other retailers such as Macy’s to jump on the Prime Day band wagon, although they obviously don’t promote their deals as part of Amazon’s promotions.

It’s worth noting that in 2017, Prime day ran for 30 hours starting at 6pm on Monday the 10th of July as Amazon expanded their promotion bonanza to attract even more sales.

All the smart money is on Prime Day starting on the 10th or 11th of July 2018 with sales kicking off on Monday the 9th of July. Having extended the sales period to 30 hours in 2017 it is expected at least the same in 2018 but it’s possible Amazon could attempt to stretch the period even more.

What to expect from Amazon Prime Day 2018

In 2017 Amazon broke all records and sold more than on any single day in their history and estimated 60% up on the previous year. Electronics, particularly Amazon’s own brand products including their Echo Range and Fire TV are expected to feature heavily. Whilst merchants won’t get a look in here, it’s still good news as we know Echo owners spend significantly more than consumers who don’t own an Amazon Alexa device and they will purchase from 3rd party merchants in the future.

3rd party merchants invited to participate in Prime Day will undoubtedly have a bumper sales day, but it will be at a cost – to participate Amazon will be demanding deep discounts but if you’ve got the margins then the ongoing benefits can bear fruit. Amazon measure sales success as one of the criteria for winning the Buy Box, along with feedback and reviews. Selling 1,000 or more units in a single day will propel your offering to the top of sales rankings compared to similar products and offers from competitors and these benefits can last long into the future after Prime Day is done and dusted.