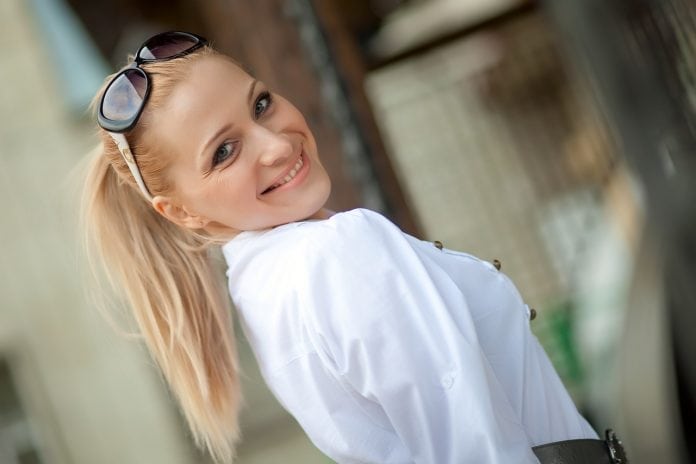 For many people, one of the unspoken rules for being cool is maintaining an emotionally inexpressive attitude. This message is reinforced through advertisements where fashion models rarely smile and by quotes from celebrities. In an article in the Huffington Post, Kanye West said he doesn’t smile in photographs because “it just wouldn’t look as cool.”

Researchers at the University of Arizona recently questioned whether this connection between concealing emotions and coolness was in fact true. In a series of experiments, the investigators showed participants photographs of celebrities and non-celebrities who were smiling or inexpressive, and their results call into question common assumptions about what makes someone cool. The study is available online in the Journal of Consumer Psychology.

“We found over and over again that people are perceived to be cooler when they smile compared to when they are inexpressive in print advertisements,” says Caleb Warren, an assistant professor of marketing at the University of Arizona. “Being inexpressive makes people seem unfriendly or cold rather than cool.”

The researchers asked participants to view print advertisements for a clothing brand, and the model in the ad was either smiling or not. The models included well-known celebrities such as James Dean, Emily Didonato and Michael Jordan as well as unknown models, and they were endorsing unfamiliar brands and well-known brands. Then the participants rated the extent to which the model seemed cool on a seven-point scale. The participants consistently rated the smiling models as cooler than the inexpressive models.

Warren and his co-authors, Todd Pezzuti from the University of Chile and Shruti Koley from Texas A&M University, found one exception to the trend: competitive situations. When a news article showed mixed martial arts fighters who were going to face one another at a press conference, participants rated the inexpressive athlete as more cool and dominant than a smiling athlete. When the context changed to a friendly meeting with fans at a press conference, then the participants rated the smiling fighter as cooler. “This shows that being uncool or cool can depend on the context,” says Warren.

The findings not only have implications for advertisers who are striving to make favorable impressions with consumers, but also for people as they relate to one another. While it may be difficult to change engrained societal assumptions about how to become cool, Warren hopes this research will increase awareness about how people perceive one another. In a world of social media, for example, individuals may want to consider posting smiling pictures rather than inexpressive photographs.

“This inaccurate belief about how to become cool can influence the way we communicate with others, and being inexpressive can hurt relationships,” Warren says. “It also makes it more difficult to understand one another. For these reasons, being inexpressive isn’t necessarily cool.”