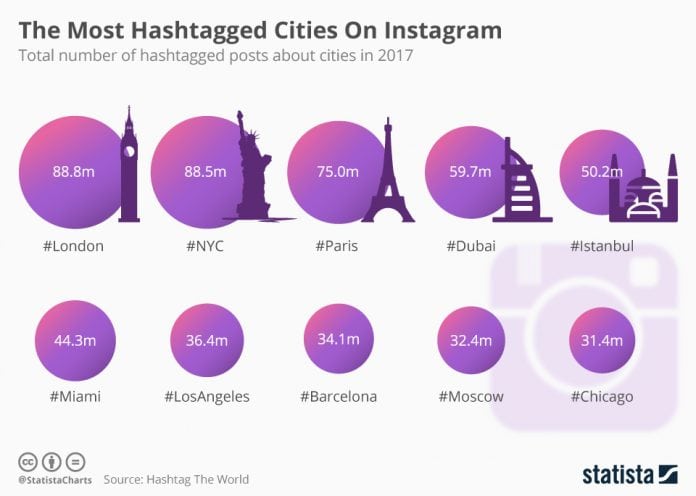 Instagram has become a huge hit with travelers around the world and London has dethroned New York as the most hashtagged city in a recent report. According to “Hashtag the World”, London had 88.87 million hashtagged posts in 2017, a growth rate of 38 percent. The average number of hashtagged posts in London every day is 59,850.

It just about beat the Big Apple which has now fallen into second position with 88.51 million #NYC posts. On a daily basis, the post count averages 50,549. Paris rounds off the top three with 75 million posts in total. Even though Los Angeles was further down the list in seventh place, it did record the fastest growth rate of any city with its post count rising 54 percent.