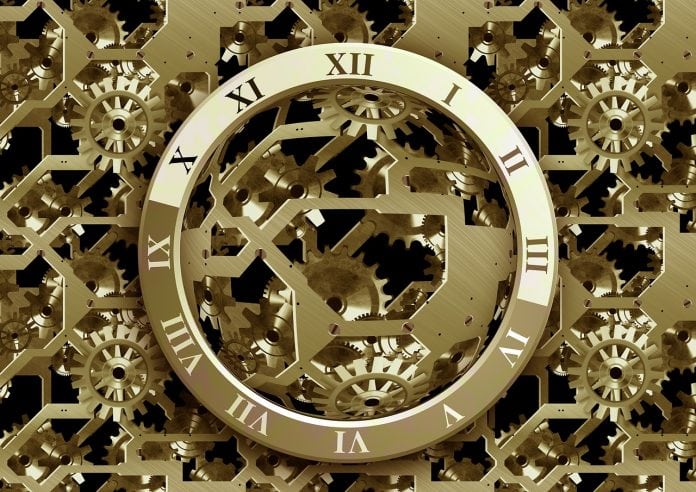 BofA Merrill Lynch Global Research issued a bullish macro outlook for 2018, calling for robust global economic growth, steady U.S. expansion and solid stock returns that peak in the first half of the year. However, it warns of signs that the long bull market in the U.S. run is nearing the end of its leash, triggering a mid-year pullback alongside potential for some of the best returns in the last gasps of the cycle.

The Research team forecasts modest returns in equities and credit, negative bond returns, a stronger dollar, higher levels of volatility and tighter credit spreads in 2018. Inflation is expected to be the big story of the year, particularly in the U.S., where the labor market is expected to further tighten and inflation pressures are building. Passage of U.S. tax reform is the main upside risk to economic growth, with far-reaching effects, particularly for emerging markets, that have not been fully priced into the market.

“Our overall outlook for the year ahead is macro bullish, so much so that we’re ultimately market bearish,” said Michael Hartnett, head of Global Investment Strategy, BofA Merrill Lynch Global Research. “Investors are chasing growth and high-yielding assets in a bull market that’s been driven and enabled by central bank liquidity. We see an end to this Icarus trade and an aggressive downgrade of risk assets once profits peak, investor positioning becomes excessively enthusiastic and central banks start withdrawing liquidity as they scale back support.”

According to BofA Merrill Lynch market strategists, building investor optimism this year has been fueled by impressive stock returns and historic low volatility. Next year could be the year of euphoria. Sentiment is now a more important driver of the S&P 500 than fundamentals, and sentiment suggests there is still room for stocks to move higher in the near term. The bull market in the S&P 500 is on a path to become the longest ever on Aug. 22, 2018, and if equities outperform bonds for a seventh consecutive year, it would be the first time since 1928 and only the third time in the past 220 years. A top target of 2863 is forecast for the S&P 500 early in 2018, with the Nasdaq composite reaching 8000, before an anticipated 10 percent or greater correction, followed by slower growth for the remainder of the year.

“We have entered the later stage of a long bull market, a phase of positive and improving economic growth that favors strong momentum and growth but also higher risk,” said Candace Browning, head of BofA Merrill Lynch Global Research. “History suggests that some of the best returns can come at the end of bull markets. With valuations and sentiment as high as they are, amid relative economic calm despite political turmoil, we view a pullback in the market next year as an expected norm. And for well-positioned investors, it could very well be a buying opportunity.”

At the annual presentation of BofA Merrill Lynch’s Year Ahead Outlook, analysts from the top-ranked global research firm summarized their views on the market and made the following 10 macro calls for the year ahead:

S&P 500 Index continues to rise: The Standard and Poor’s 500 Index is expected to reach 2800 by the end of next year. Earnings are expected to grow 6 percent based on a 2018 EPS forecast of $139. Tax reform could initially add as much as $19 (14 percent) to S&P 500 EPS (including a potential $3 benefit from repatriation-induced buybacks), but the net recurring benefit would more likely be closer to $11 (8 percent).

Solid global economic growth: Real global GDP is forecast to grow to a solid 3.8 percent, up slightly from 3.7 percent in 2017. Above-trend growth is expected in most major economies, with the Euro area maintaining a growth trajectory in 2018 and 2019 of around 2 percent and Japan remaining firmly above trend, with nearly 1.5 percent growth over the same time period. In aggregate, the emerging market economies are expected to grow nearly 5 percent in 2018, with China growing 6.6 percent.

Steady U.S. economic growth: U.S. GDP growth of 2.4 percent is expected in 2018, up from 2.2 percent in 2017, but capped by low productivity gains and a slower pace of hiring. The U.S. unemployment rate should drop to 3.9 percent in 2018, and a tightening labor market will likely allow inflation to pick up. While there are still uncertainties about the final tax reform package, BofA Merrill Lynch economists anticipate a proposed tax cut of $1.5 trillion would add about 0.3 percentage points to U.S. GDP growth in 2018 and 2019.

Inflation is back on radar: Inflation is expected to rise in the U.S., with core inflation reaching 1.8 percent at the end of 2018 and 2 percent at the end of 2019. Both wage and price inflation also should trend higher, with wage inflation potentially being the most important factor for the stock market in 2018 via margin pressure and credit spreads. Inflation should also increase in China and emerging Europe. In the Euro area, core inflation will likely tick up only very slightly to 1.2 percent by the end of next year, well below the European Central Bank’s (ECB) 2 percent target.

Emerging Markets move lower: Higher U.S. rates, a higher U.S. dollar, ECB tapering and Chinese slowdown mean investors will need to be more selective in emerging market bonds and equities, which outperformed in 2017. We maintain our bullish view on emerging market equities into 2018 and expect Asia/EM equities to double in the next two years. Political risks come to the fore with heightened volatility around uncertain geopolitical tension, the outcome of key presidential elections in LatAm, and the renegotiation of the North America Free Trade Agreement. Total credit returns of 3.2 percent are expected for EM corporates, 1.9 percent for EM investment grade and 5.4 percent for EM high yield.

Monetary fiscal policy points to higher rates: The market may be underpricing the risk that U.S. tax reform may be more impactful than expected. Should the market begin to appreciate the implications of tax reform, U.S. rates could make a significant move higher in the first quarter, adding inflation pressure in emerging markets. Ten-year U.S. Treasuries yields could move to 2.85 percent in the first quarter and toward 3 percent by the end of 2018. Tax reform should also contribute to a wider monetary policy divergence between the U.S. and U.K. in 2018 as the Fed continues on a gradual path to policy normalization, while the pace of tightening in the U.K. is impacted by Brexit negotiations and reduction in inflation pressure.

Higher foreign exchange volatility: The U.S. dollar is expected to rally in the first quarter, supported by rising U.S. interest rates and potential repatriation flow occurring as a result of tax reform. Three key triggers could lead to higher foreign exchange volatility: central bank regime change associated with exit from quantitative easing, a reassessment of carry-seeking behavior, and a repricing of geopolitical risk premium. The dollar index (DXY) is expected to reach 97.00; EUR/USD and USD/JPY should reach 1.10 and 122 respectively, in early 2018.

Modestly constructive on commodities: While higher U.S. interest rates and a strong USD could act as a headwind to commodities, robust global demand and tight supplies should see Brent crude oil rise to $70/barrel by mid-year. Diesel fuel pricing could reach $90 per barrel on rising demand. Fundamentals are improving for U.S. natural gas, with prices reaching $3.30/million BTU, and structural demand, especially from liquid natural gas (LNG) outpacing production grow. Among precious metals, there is limited upside to gold in 2018, with prices expected to reach $1,326 per ounce. A remarkable and unusual copper rally in 2017 could continue into 2018, with copper prices at $3.50/lb by mid-2018.

Credit spreads tighten; disappearing supply: Fundamental trends in the credit markets are divergent, and there continues to be no single global credit cycle. U.S. credit spreads are expected to tighten in the first half of 2018 as excess demand conditions prevail, and then to give that back in the second half. Another year of spread compression also is expected in Europe on corporate bond QE and negative rates. Total returns of 2.2 percent are forecast for U.S. high-grade corporate bonds with 6.5 percent total returns from the U.S. high-yield index. In Europe, high-grade corporate bonds are expected to have total returns of 1.5 percent, with 4.5 percent total returns for high-yield. New issuance of U.S. high-grade bonds could decline 17 percent, while net supply drops 34 percent. European supply could be down 6 percent, while issuance from Asia should remain flat.