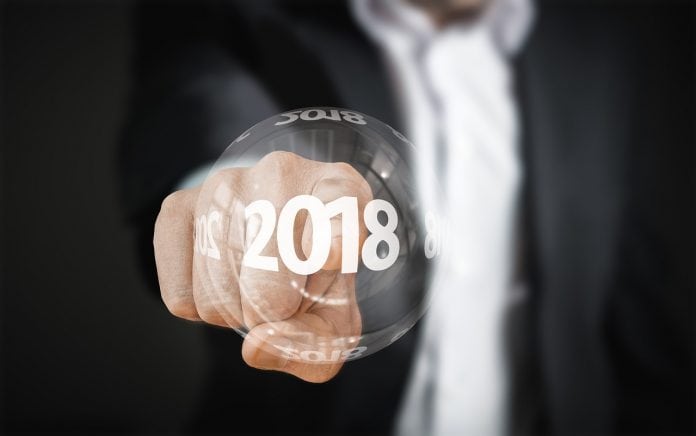 The global economy will expand 3.2 percent in 2018, matching the rate of growth achieved in 2017 and marking the first time since 2011 that global growth topped 3 percent, according to an annual forecast released today by business information provider IHS Markit (Nasdaq: INFO).

“The global economy finally broke through the doldrums in 2017 and the stage is set for continued solid growth in 2018,” said Nariman Behravesh, chief economist at IHS Markit. “We expect continuing expansion in the U.S. and emerging markets to offset plateauing in the Eurozone and Japan. While economic risks remain, most are low-level threats to the overall picture for 2018.”

Strong economic momentum in the U.S. will carry over into 2018 and IHS Markit forecasts the world’s largest economy will grow 2.6 percent next year, up from 2.3 percent in 2017 and well above the 1.5 percent growth in 2016. Economic fundamentals and increasing employment in the U.S. will provide strong tailwinds for consumer spending, capital expenditures and housing, the forecast says.

In Europe, 2.4 percent growth in real GDP outperformed expectations in 2017. Falling unemployment, a competitive euro helping exports and a supportive policy backdrop lead IHS Markit to forecast still solid 2.2 percent European growth in 2018. Non-performing loans in Italy and Spain and the risk of a “hard” Brexit are among threats to continued economic expansion in Europe. Economic growth in the U.K is expected to slow to 1.1 percent in 2018, from 1.5 percent for 2017.

IHS Markit predicts the price of Brent crude will average $56 in 2018 and with little upward pressure from oil, other commodity prices are likely to be range-bound, but volatile. Geopolitical risks could change the landscape, but continued strength in US crude production teamed with lower demand from China should keep a cap on prices.

Other Top 10 predictions include:

The economic growth rate in China will continue to decelerate from 6.8 percent in 2017 to 6.5 percent in 2018, primarily due to the fundamental problems of excess industrial capacity, debt overhang and a glut in housing.

Japan will begin to level off after seven quarters of growth. Continued growth in Japanese exports, resilient domestic demand and infrastructure investment ahead of the 2020 Olympic Games contribute to the IHS Markit forecast of 1.2 percent growth in 2018.

Economic growth in emerging markets will improve from 4.7 percent in 2017 to 4.9 percent in 2018. In the IHS Markit forecast, emerging economies in Asia Pacific and Latin America will outperform Emerging Europe and Sub-Saharan Africa.

Inflation will remain below the 2 percent target of central banks.

The U.S. Federal Reserve will raise interest rates at least three times in 2018, IHS Markit predicts. Even more rate increases could take place if economic growth and unemployment trends couple with the passage of a large tax cut.