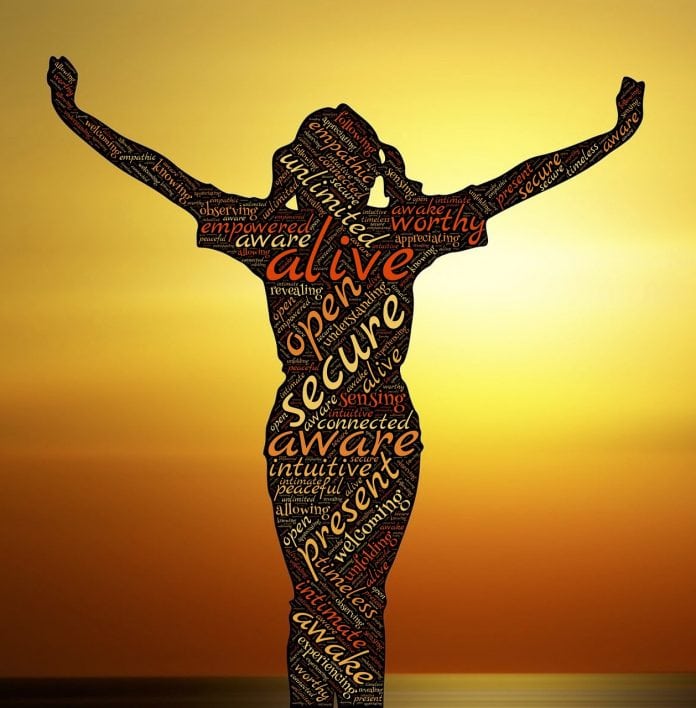 Put together a list of New Year’s resolutions yet?

Every year, many of us pledge to work harder at being healthy, losing weight or eating more veggies. A Nielsen survey showed about one-third of Americans resolved to shed a few pounds and reshape their bodies.

Here’s a better resolution: Lose the critical thoughts about your body.

“Consider what is really going to make you happier and healthier in 2018: losing 10 pounds or losing harmful attitudes about your body?” Keel asked.

Keel has spent a career studying body-image issues, particularly how they relate to eating disorders, and the results are not pretty. Body dissatisfaction in American culture is a pervasive problem, especially among young women.

Over the past 35 years, the ideal body type — particularly prevalent in media images — has become virtually unattainable for most people. Keel added that the majority of people are overweight today, and that creates a mismatch between reality and the body types seen in media.

“There’s a big gap between what we’re shown as being ideal and what to aspire to and where we actually are as a population,” Keel said. “That leaves people feeling bad about themselves, and, unfortunately, feeling bad about your body does not actually motivate a person to pursue healthy behavior.”

Keel has documented strategies to help people feel better about themselves. The ideas come from an intervention program called “The Body Project” developed by Eric Stice, Senior Research Scientist at the Oregon Research Institute, and Professor Carolyn Becker at Trinity University in Texas. It was designed to reduce the risk of eating disorders and poor body image. Keel and then-doctoral student Tiffany Brown adapted the program for men.

One exercise called mirror-exposure may initially feel uncomfortable, but it directs a person to stand in front of a full-length mirror in little or no clothing and identify specific body traits that are good. The praise might focus on the body’s function.

“You would say, ‘I really appreciate the way my legs take me wherever I need to go,'” Keel said. “‘Every day without fail, they get me out of bed, to the car, up the stairs and into the office. I don’t have to worry about walking.’ It can be that kind of functional appreciation of what your body does for you.”

Or a person might appreciate the appearance of a body feature like the skin, or the shape of the shoulders or neck.

“You can even go for higher risk body parts,” Keel said. “Rather than looking at yourself and saying, ‘I hate my gut,’ you could say, ‘I really like the shape of my legs.’ If there is something about you that you like, the idea is to spend time focusing on it.”

The strategies have worked in studies led by Keel and other researchers. This approach, focusing on positive things rather than singling out negative ones, helps transform people’s feelings about their bodies.

The intervention employs the basic psychological principles of cognitive dissonance theory: Do the opposite of a negative attitude. When actions oppose the internal mindset, Keel said, the easiest way to resolve that psychological clash is to change the attitude.

“If you make yourself consistently behave outwardly in a way that reinforces appreciation and acceptance of your body, then those actions will eventually get you to a point where you actually do feel that way about your body,” Keel said.

Another exercise encourages people struggling with body acceptance to think about specific activities they avoid, such as not going swimming in the summer or not wearing shorts when it’s hot, and then choosing to go out and do them.

“Most people experience a sense of freedom when they realize that nothing bad will happen if they wear a swimsuit or shorts in public — everyone is completely fine with it. This reinforces body acceptance through experience.”

Keel said research has repeatedly found that the strategies work, and the benefits often go beyond improved body image.

“It turns out that discarding those unattainable body ideals also improves your mood, self-esteem, reduces disordered eating behaviors and may reduce the risk of self-injurious behavior,” Keel said. “All sorts of things get better as a result of feeling better about your body.”

The results for healthy body image and healthy eating patterns have been replicated among diverse groups of participants, including a national sorority system and men at risk for eating disorders.

Keel calls it a powerful intervention that does not take a lot of time. An online beta version of the program for women is available for free courtesy of The Oregon Research Institute. The hope is to make the program even more widely available in the future to help individuals regardless of gender.

“When people feel good about their bodies, they are more likely to take better care of themselves rather than treating their bodies like an enemy, or even worse, an object,” Keel said. “That’s a powerful reason to rethink the kind of New Year’s resolutions we make for 2018.”