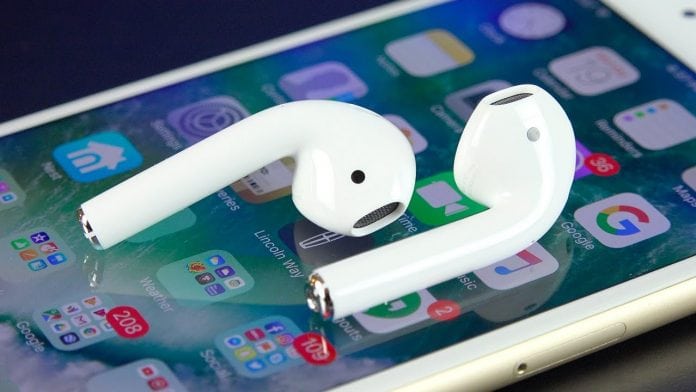 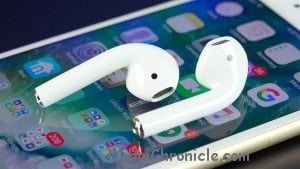 In high demand this holiday season, and after the release of iPhone 7, the AirPods have quickly become a must-have gadget for every fashionista, business executive and Apple tech addict. But they are quite expensive and not a grab from the nearest kiosk for every iPhone user. So, if you want to make an impression this holiday season and charm a loved one, or a valuable collaborator, don’t think twice! Splash out on Apple AirPods and you won’t regret.

Apple AirPods are the first completely wireless earphones from the tech giant, and they’re sold as the perfect companion to the new iPhone 7. They’re the best wireless earbuds you can buy right now, thanks to a rock-solid connection, easy setup and great battery life.

Announced alongside the iPhone 7 and iPhone 7 Plus, the AirPods were meant to silence anyone who bemoaned the lack of a headphone jack on the new Apple phones.

Their odd design is a bit concerning. AirPods look like someone has taken a pair of scissors to the cord of EarPods, leaving just the lonely buds.

Another concern is that they might fall out easily, because they are small and delicate. For about 50% of users, they fell out after a slight shake of the head, while a few others managed some stronger movement.

Try them out before you buy.

If you plan on buying the AirPods because you’re looking for a sound experience that’s on par with the price, then don’t bother. You can get better audio experience from other brands.

As with lot of these completely wireless earbuds there’s a noticeable lack of crispness in instruments and detail in vocals.

Issues do arise when running with the AirPods, as ambient noises overtake the audio thanks to poor sound isolation. If the AirPods aren’t stuck right into your ears, it’s easy for other noises to wash away the sound.

Most of what makes the AirPods so exciting is the W1 chip tucked inside that solves both of these issues. It’s the same chip that’s inside the Beats Studio 3 Wireless and will feature in many more of Apple’s headphones down the line.

Pairing is a simple task of opening the battery case, popping them next to your iPhone and waiting. A message will appear, tap ‘connect’ and you’re done.

What’s even cooler is that those AirPods are now connected to every other iPad, MacBook and Apple Watch signed in with your iCloud account. I opened up my MacBook and there they were, sitting in the Bluetooth menu.

Range is excellent too, and audio never seems to drop, which isn’t something you can say about Bluetooth which as a technology is prone to momentary drops and digital blips.

There are a bunch of accelerometers inside, too, just like an iPhone. These know when you put the AirPods in and start the music, and they pause when you remove one. You can keep one bud in the case and all audio will be routed through the one in your ear.

They are not exclusively for iPhones and iOS either, with Android support being decent if not quite as good. You won’t benefit from the easy setup, or Siri integration, but the connection is still rock-solid and battery life just as good. 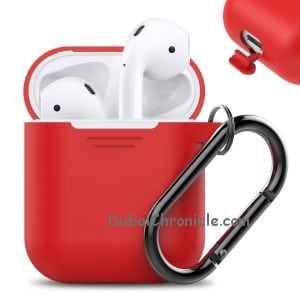 While audio quality isn’t one of the AirPods’ best attributes, battery life certainly is. Apple’s claim of five hours worth of juice per charge for the buds is almost bang on, though this does drop a bit if you’re on the phone a lot.

Five hours might not seem that impressive, but you’ve got to take into account the included charging case can fully charge the AirPods about five times. This gives you around 24 hours when all’s said and done, which is quite a lot better than the competition.

A 15 minute charge in the case also gives you a good few hours of listening, so it’s actually quite difficult to be without charge.

Should I buy Apple AirPods?

Many instantly dismissed Apple’s first foray into wireless earphones almost immediately after they were announced.

But they are in-fact one of the best pairs of completely wireless earbuds available. They have a stronger, more reliable Bluetooth connection than pretty much every other pair of wireless headphones.

Sound quality might not be on par with the price-tag and some will still bash the design, but the complete package wins out.