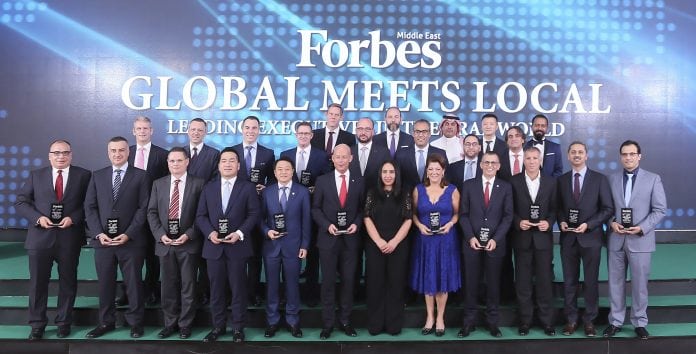 Forbes Middle East has unveiled its ‘’Global Meets Local—Top 100 Executives in the Arab World” ranking for the fifth consecutive year. The exclusive ceremony held to reveal the 2017 list welcomed the top regional business heads of global companies for an evening of networking and debate. The notable leaders present were recognized not only for spearheading Middle East Business, but also for actively governing larger areas based out of the GCC.

The technology and banking sectors dominate the list. And the U.A.E. consolidates its position as the hub for global business with 94 of the 100 top leaders based in the emirates.

In compiling the list, Forbes Middle East’s research team spoke to the companies listed on the Forbes Global 2000 ranking that have significant operations in the Arab world. Based on the responses, the top executives were ranked according to their global impact, employment impact, the number of countries or regions that they oversee and their total work experience.

Forbes Middle East hosted the event with the support of Al Tayyar Travel Group, one of the largest travel and tourism companies in the region, Dubai Islamic Bank, the world’s first full service Islamic bank and the fourth largest Islamic bank in the world. Essel Group ME, a diversified global conglomerate, EFS, a regional leader in delivering integrated facilities management services across the Middle East, Africa, South Asia and Turkey, Skyline University, one of the leading universities in the Northern Emirates offering high-quality education. HumanSoft, investing in knowledge-transfer and education in the Middle East and Gulf region, aiming to improve people’s lives by empowering them through knowledge and The Oberoi Dubai, a contemporary luxury hotel whose design embodies height, light and space. 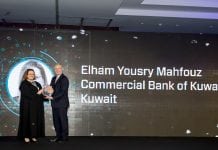 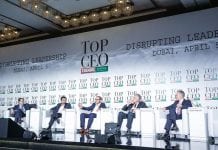