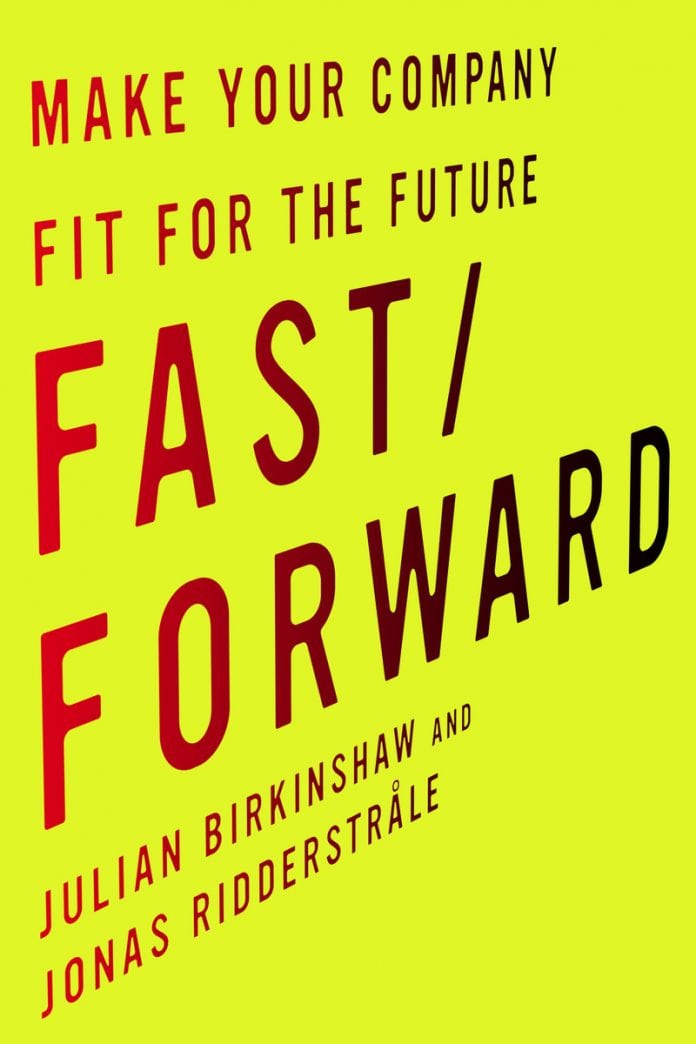 Spontaneity, speed and a willingness to lead with intuition, are key to business success, according to a new book titled – Fast/Forward: Make Your Company Fit for the Future by Julian Birkinshaw, Professor of Strategy and Entrepreneurship and Academic Director of the Deloitte Institute, London Business School, and Jonas Ridderstrale, a renowned business thinker and speaker.

The book contends that in the past big companies relied on the power of information to gain competitive advantage. These days, as access to big data becomes ubiquitous, it can no longer guarantee an extra edge over competitors. In this new era, successful companies are those that will make smart, intuitive decisions, rather than relying on computer generated analyses.

“We argue that the formulae for success that worked in prior decades, offer only very limited insights into what might work in the future. This is because the business context keeps changing: not in the banal sense that we face increasing levels of technological change and higher levels of competition; rather, in the more fundamental sense that every source of competitive advantage carries with it the seeds of its own destruction. This is a version of the famous ‘Icarus Paradox’: the attribute or capability that makes companies successful in one era makes them susceptible to failure in the next era,” the authors write in the foreword of the book.

Fast/Forward presents the big picture of a new approach to strategy and provides the necessary playbook to make companies fit for the future. According to the authors, what is needed is for companies to figure out how to make the rate of change inside at least as rapid as the rate of change outside.

“Fast needs no further explanation – it simply refers to the need for decisiveness and a strong action orientation across the organisation. Forward has two meanings – it is about a direction of travel that looks to the future rather than the past; it also hints at the need for leaders to make a stronger emotional connection to those around them, rather than allowing sterile, Big Data-driven decision-making to dominate their actions, reactions and responses. Fast/Forward companies, in a nutshell, are those that exhibit decisive action coupled with emotional conviction.”

“Fast/Forward does not fit neatly into the usual categories of business books. It is about strategy, but it is about organisation and leadership as well. The whole point of the book is that if you want to create a company that is fit for the future, you need to work across all these levels,” say the authors.

Published by Stanford University Press, the book will be ready for release in April this year.