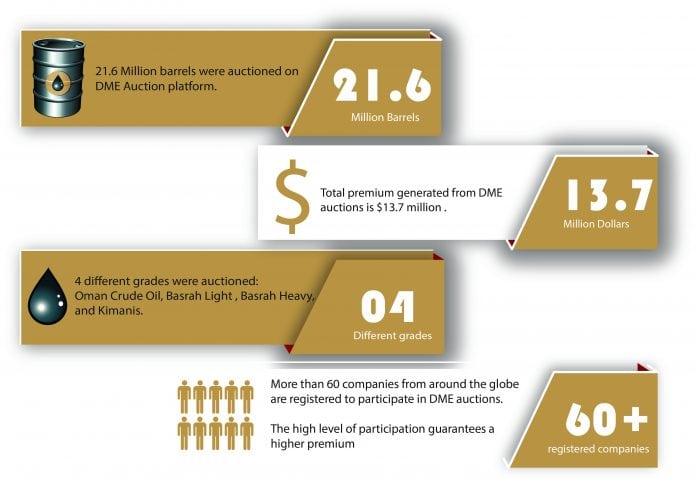 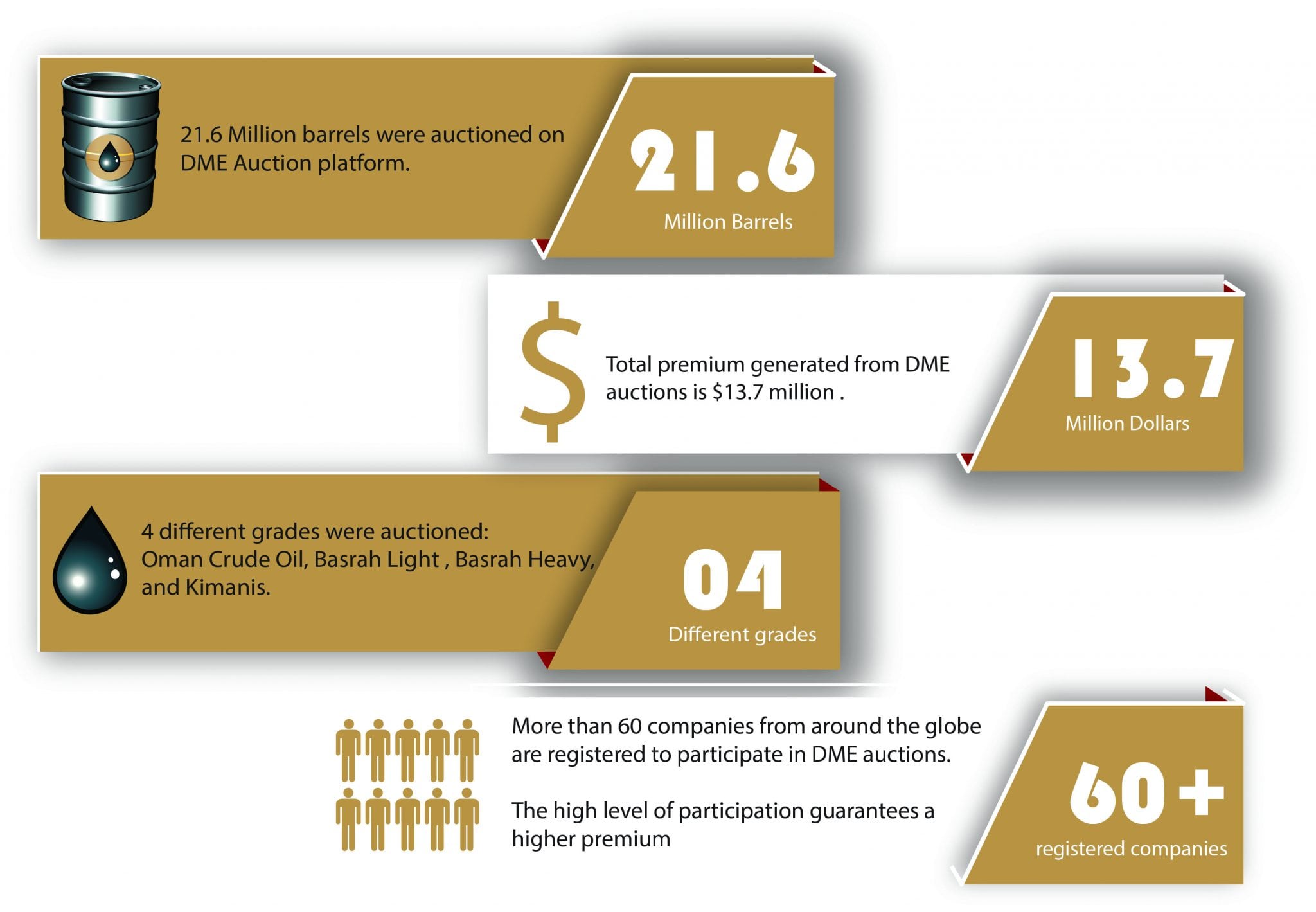 Today’s 2-million barrel cargo of Basrah Light was awarded at a premium of $0.13 per barrel over the November Basrah Light Official Selling Price (OSP).  20 companies participated in the auction with 14 bids received during the two-minute auction.

DME has now hosted 13 auctions on its platform since January 2016, with a total of 21.6 million barrels sold, generating premiums totaling $13.7 million. Four different crude grades have been sold via the the platform including Oman crude oil blend, Basrah Light, Basrah Heavy and Malaysian Kimanis.

Ahmad Sharaf, Chairman, DME said: “DME auctions allows sellers to access a large pool of potential buyers and what would take many hours of phone conversations can now be accomplished during a two-minute auction period.”

More than 60 companies from around the globe are registered to participate in DME auctions.

“The success of DME auctions underlines the need for price discovery mechanisms in the region and greater transparency. It has enabled national oil companies to assess their monthly official selling price and adjust it to find fair value for national resources,’ added Sharaf.

Additionally, DME is working on a reverse auction, where buyers can procure commodities to meet domestic demand.